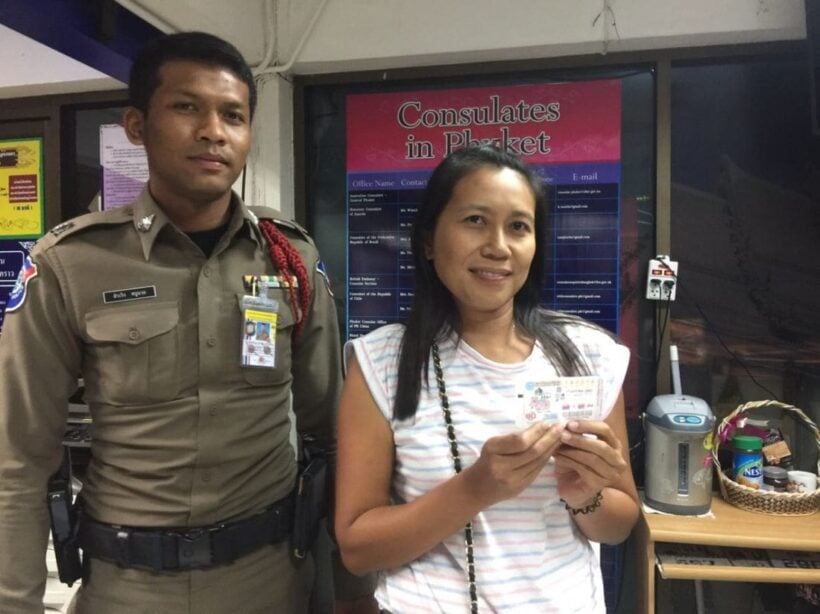 A woman from Chumphon, who helps out her sister in Phuket, returned to her hometown last week where she bought a lottery ticket.

The ticket won her the first prize in the lottery.

Khun Chonrada says, “I am from Chumphon. I help my sister to sell goods in Rawai during high season. I had to visit my home in Chumphon last week and bought the lottery ticket there. It is the number of my car number plate. Then I returned to Phuket.”

“I am very happy. I will use this money to fix my parent’s house. I will still help my sister to sell goods.”