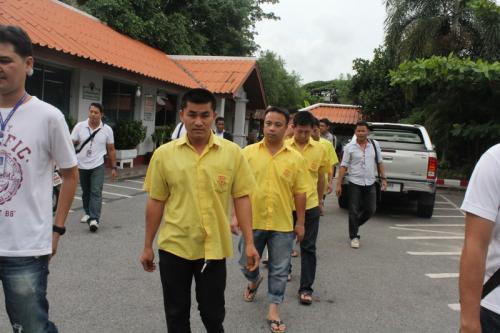 PHUKET: Nine Chinese were arrested on Tuesday for illegally selling amulets and souvenirs at Wat Kathu, one of the oldest temples on the island.

Phuket Immigration Office Superintendent Pol Col Sanchai Chokhayaikij led officers to the revered site at about 4:30pm, where they found the Chinese nationals actively selling amulets and souvenirs to visitors at the temple (map here).

Immigration officers told the Phuket Gazette that Ms A Ming and the two men also named A Ming were related, but did not explain precisely how.

“They were charged with working without work permits, and are subject to a fine of between 2,000 and 100,000 baht, prison time up to five years, or both,” Col Sanchai said.

All nine were sent to Thung Thong Police Station for further questioning, he added.