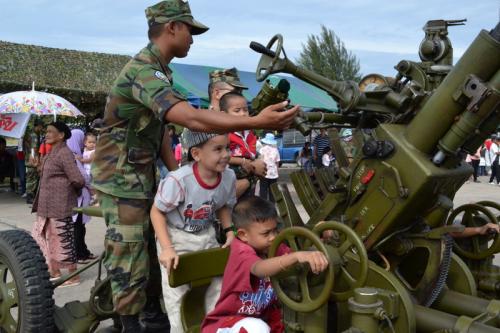 PHUKET: Tomorrow Thais across the country will be celebrating the annual Children’s Day festivities. In Phuket Town, the Phuket Provincial Administrative Organization (OrBorJor) will be staging its activities at the Provincial Hall (map here) from 8am to 4pm.

Among the activities, 83 bicycles will be given away as prizes, a “Children’s Playland” will be set up and gifts, games, prizes, free food and drink will be all available.

The schedule of events at Provincial Hall is as follows:

10:20am “Follow in the Father’s footsteps” musical performance by Ban Nabon School

11am Lucky draw for bicycles

Patong
Patong Municipality Children’s Day activities at Loma Park (map here), on the Patong beachfront, from 8:30am to 3pm, with fun games and free food and drink for children and families

Rawai
Rawai Municipality Children’s Day activities will be held at several locations starting in the morning and continuing into the night, with games, stage performances, prizes as well as free food and drink for children and families

7pm to 10pm Stage performances, lottery draws with prizes at the sea gypsy village on the Rawai beachfront (map here)

Karon
Karon Municipality Children’s Day activities at Karon Circle (map here) from 8am to midday with many games, special prizes as well as free food and drink for kids and families

9:20am Handing over of educational scholarships to children from poor families