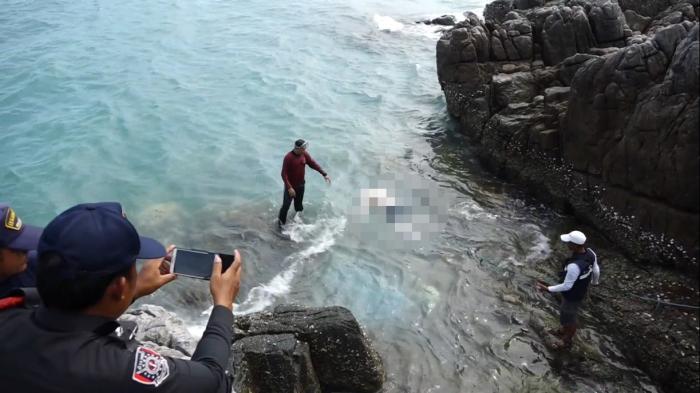 PHUKET: The search for a British national, who disappeared after a speedboat sinking near Koh Samui on Thursday afternoon, is over, after officials reportedly recovered the man’s body yesterday.

“Due to heavy winds and quick, murky currents, foreign specialists joined us to help recover Mr Parnell’s body,” Mr Paiboon said. “The divers had to work in difficult conditions.”

The speedboat Mr Parnell was aboard was reportedly shuttling 32 tourists, a guide and three crew members, when it capsized due to heavy winds and rough seas off Koh Samui. All tourists on board were foreigners on a day trip to various nearby isles.

The rescue team took about two hours to retrieve the body due to difficulty in reaching the spot where he was found.

Mr Paiboon said Mr Parnell’s body was identified by another passenger on the capsized speedboat, whom authorities have declined to name. Mr Parnell was reportedly travelling alone.

The recovery of Mr Parnell’s body marks the fourth death in the incident.

The other three victims were all female, including another Briton, a German and a Chinese tourist, whose body was found on Friday. The boat captain, Sanan Seetakaew, 47, has been charged with recklessness causing death and injuries.

Insurance taken out by the firm that owns the boat offers compensation of up to one million baht per death and reimbursement of up to 500,000 baht for medical treatment per person.

The United Kingdom’s Foreign Office confirmed the death of a British woman and said it was assisting her family. A spokeswoman said they were aware of another British national in hospital for injuries suffered in the same incident, but did not refer to a third citizen.

“We remain in contact with local authorities in Thailand for further information,” she said.

Prapas Intanaphasart, who heads the Tourism Authority of Thailand’s Surat Thani Office, said the incident had some impacts on tourism “but nothing severe”.

Mr Paiboon said officials will be meeting to propose stricter regulations for tourist boats. Among the regulations being considered is an order mandating that every tour company insists on passengers wearing life vests.