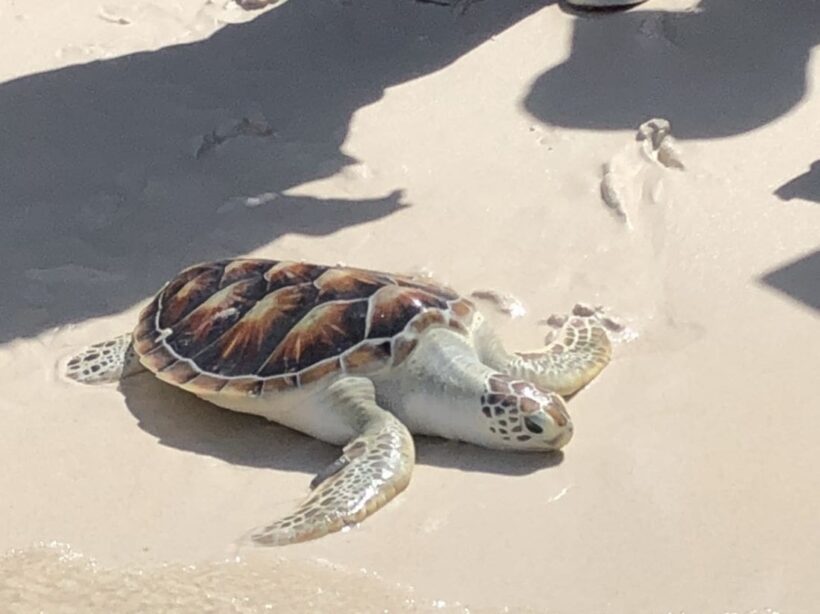 A sea turtle, a sole survivor from a cluster of 87 sea turtle eggs found at Koh Racha last year, is a hesitant swimmer and reluctant to return to the sea.

Boon Rawd was released along with four other sea turtles at Ao Patok, Koh Racha yesterday. But Boon Rawd doesn’t want to go back to the sea whilst the other four sea turtle quickly swum back into the Andaman waters.

Veterinarians believed that Boon Rawd is not familiar with the sea at this time. The turtle kept trying to return to land. They believe Boon Rawd is finding it stressful as the beach was full of people and boats.

The turtle has been taken back to the centre to wait for another time and another strategy for its release back to its home.