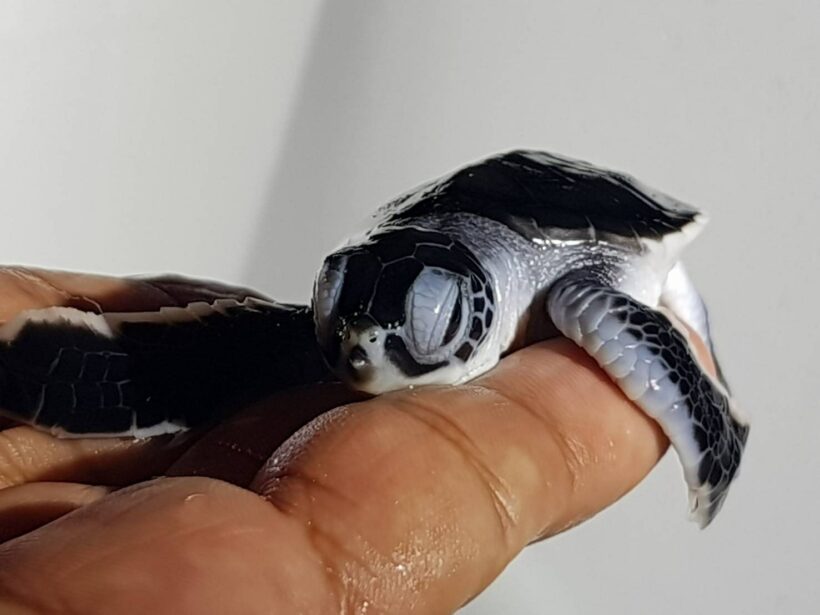 A green turtle was born at 2 am this morning (September 8) after the 20 year old mother laid 87 eggs on Koh Racha on August 15.

The eggs were kept in the safe place by villagers as this is the first group of turtle found around Racha Island in the past 14 years.

Initially, the mother laid the eggs in front of a hotel on the island and the eggs were found by a staff who was picking trash on the beach. He saw a trace of a turtle getting out and back in the sea so he contacted officials who found the eggs. The officials assumed that the mother should be about 20 years old according to the trace on the sand that was quite big.

94 eggs were found at the scene but 7 of them were broken when people digging the hole to bring them out. However, they brought the rest of the eggs to a safer place, another quiet sandy beach, as the other area was crowded by tourist daily.

The villagers and officials made shifts to take care of the eggs waiting for the hatchling which can take from 45 to 60 days.

“It took 57 days for this first baby and it’s a healthy one. We noticed that the sand in the hatching hole was subsided in many spots so we contacted the officials from Marine Endangered Species Unit (MESU) to come and plan on how to nurse and release it back to nature safely. We also expect that some of these turtles, when they grow up, they will come back to lay eggs here again,” said Thanya Jit-Aree, Head of Engineering from The Racha Hotel.

“Local people and business operators are trying to preserve the nature to make it beautiful and as pure as possible and this is the best news we have had so far.” 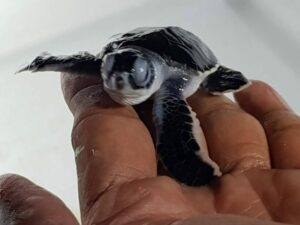 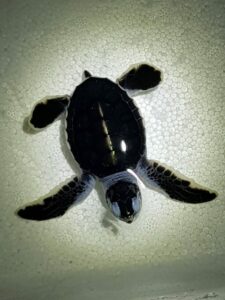 PHOTOS: Thanya Jit-Aree, Head of Engineering from The Racha Hotel.