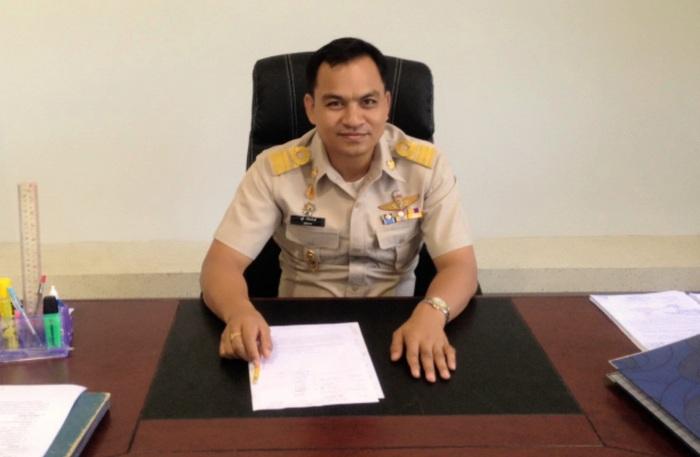 Suthee Sirianun is the assistant chief of the Phuket Drug Prevention and Suppression Center. He is originally from Phatthalung Province and graduated from Ramkhamhaeng University with a double Masters in Law and Art.

Here he talks about the island’s need for police dogs and the issues associated with being able to care for them.

PHUKET: Currently, Phuket doesn’t have any police dogs on the force. Every time we are in need of one, we borrow it from the Border Patrol Police Region 42 in Nakhon Si Thammarat Province.

As Phuket is growing, the need for police dogs is increasing as well. They can more accurately detect drugs. They are also unbiased – a dog cannot be corrupt.

It’s my dream to see each district have at least one police dog working with it. The cost to acquire the dogs is relatively low, and the payoff for the amount of drug arrests we can detect with them greatly exceeds what we could do on our own.

The only issue we really run into arises when we must enter an Islamic community or household, as dogs are considered unclean and are generally not allowed in homes or buildings.

A lot of people wonder why we don’t set up a training center on the island, but it’s just not necessary. The dogs do not need to be trained continuously. Once they have been trained, they can work for many years and live with the officer who works with them. So, the training center would be empty most of the time.

There is, however, a private training center in Phuket that actually trained our last two dogs, which retired from service in 2013. There is also the option of having the dogs trained in Nakhon Si Thammarat.

The governor has recently offered us a budget to hire dogs for the force. However, the issue lies in having an officer able and willing to not only work with the dog, but to live with it and take care of it as well.

Officers on the island are often transferred, leaving the dog with a new officer it is not used to working with or living with. We have actually had some dogs get sick and die when this happened.

The alternative at this point would be to hire staff to take care of the dogs at a facility. However, this is also risky, as staff can also be transferred or change jobs. Additionally, these employees are not allowed to have confidential data of drug arrests. Just their knowing when we take the dogs and bring them back can pose great risks to our work.

At this point we have yet to reach a conclusion with the government, as not only will we need a budget for the dogs, but also for the employees who will take care of them.

Until then, we will keep borrowing dogs from Nakhon Si Thammarat and I will continue to support our government’s initiative to bring police dogs to Phuket in order to keep the island safe and clear of drugs.