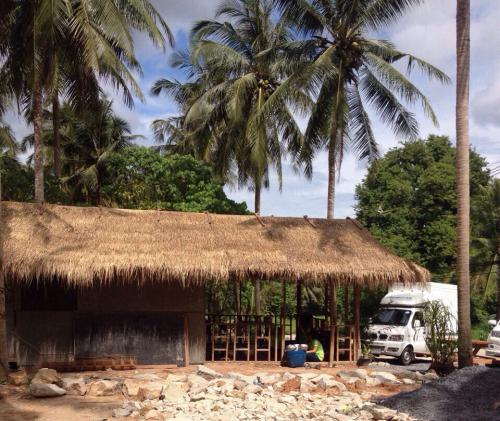 PHUKET: Local wildlife conservation officials yesterday seized an 18-month-old elephant at a camp in Phuket after the infant pachyderm was smuggled onto the island.

Acting on a tip-off, officers led by Kathu District Chief Veera Kerdsirimongkol raided the camp, located in the Bang Thong in Kathu (map here), at 3pm.

Joining the raid were officers from the Phuket Provincial Livestock Office and the Khao Pra Taew Wildlife Conservation Office in Thalang.

Officers also found the owner of the elephant camp, Prasob Jerkaew, 37, at the site.

“Mr Prasob said he imported Phang Sutjai from Song Phraek, in Phang Nga, two days ago so she could be reared and trained to work in the Phuket elephant-trekking tourist business,” Mr Veera said.

“Mr Prasob confessed that he did not have a permit to bring the elephant into Phuket, but maintained he had legal registration documents for her,” he said.

“We formally seized the elephant, but she can stay at the camp and be cared for while we continue our investigation,” Mr Veera said.

Mr Prasob was taken to Thung Thong Police Station and charged with importing an elephant into the province without a permit, Mr Veera added.

“Officers will continue their investigation to determine the origins of Phang Sutjai to make sure she was not poached from the wild or stolen from another elephant camp elsewhere in Thailand,” he said.

The elephant camp raid yesterday may be Mr Veera’s last official act in Phuket, as he recently received an unexplained “urgent order” from the Permanent Secretary of the Interior Ministry to vacate his post and report to Don Sak in Surat Thani (story here).

Mr Vera was given 10 days to leave the province.

He will take up his new position as Don Sak District Chief on Monday.