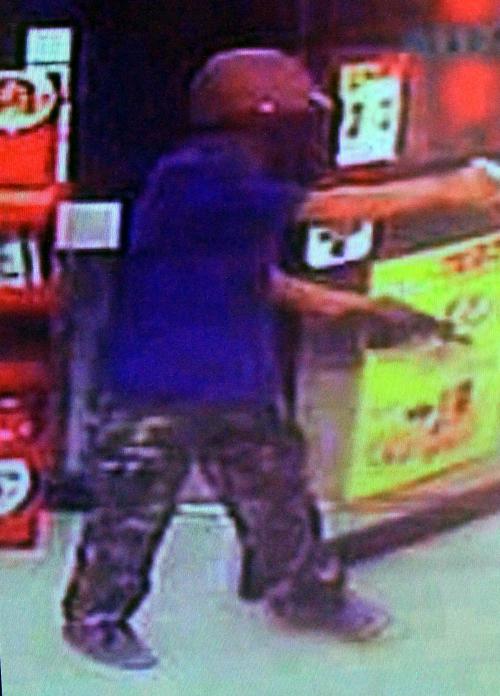 PHUKET: An armed robber made off with 1,000 baht from a Chalong 7-Eleven convenience store early Tuesday morning.

The robber fled on a motorbike and is now the subject of a Chalong Police search.

The thief entered the 7-Eleven at the entrance to Soi Mae Aum Phan, a few meters in front of the popular Phuket expat shopping mall HomePro Village in Chalong (map here), at about 1:15am.

“The report we received from the shop’s staff was that the suspect was about 30 years old, about 165cm tall and was wearing a red helmet, a blue shirt and military-style pants,” Chalong Police Lt Kraisorn Boonprasop said.

“The man pointed a gun at the shop staff and demanded money. After receiving 1,000 baht from a terrified clerk, he fled on his motorbike in the direction of Wat Chalong [map here],” Lt Kraisorn added.

Police urge anyone with information that might lead to the man’s arrest to contact the nearest police station, or Chalong Police at 076-381930.