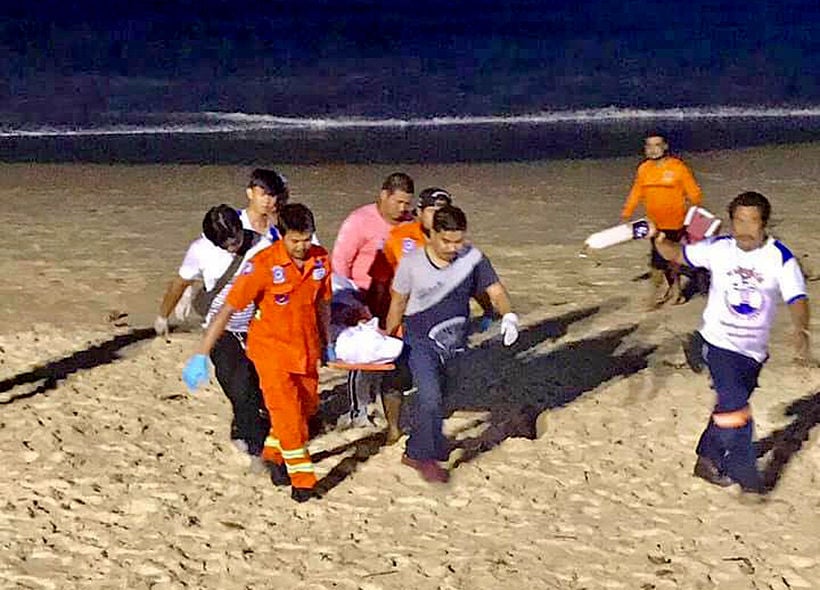 Karon police received a report about the dead body floating in the sea, about 500 metres from the Karon Beach just after 6pm. The body was a male, appeared to be a westerner but without any documentation or ID to indicate who he is or where he was from.

The man was wearing a black tank top, blue sport shorts, black socks and black Adidas sneakers with white soles. An initial investigation by the team of Vachira Hospital at the scene found that the man didn’t have any obvious injuries. His body was sent to the hospital in Samkong for a more thorough autopsy.

The person who found the body said that he was driving his boat around the area and found the body floating in the sea so he contacted the police and, together with Ruamjai Foundation rescue workers, dragged the body ashore near Nong Harn in Karon Beach.

Police are continuing their investigation to identify the victim and will contact the consul to alert the man’s relatives.