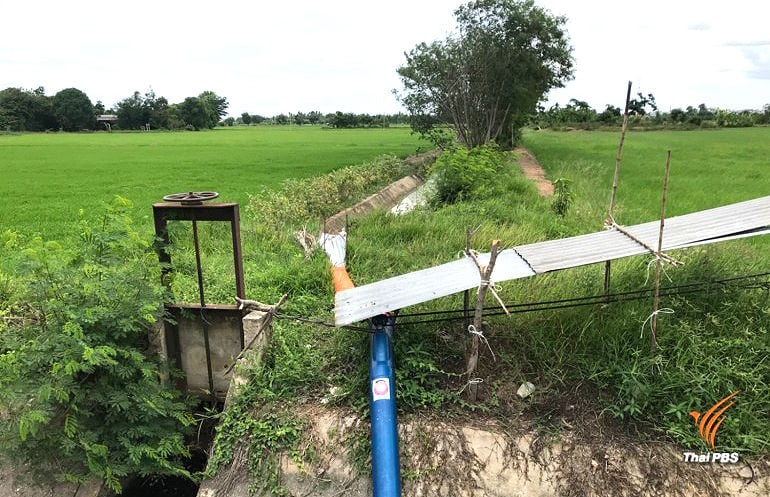 Some farmers in Don Jedi district of Suphan Buri, one of Thailand’s “rice bowl” provinces, are turning to using household waste water to irrigate their parched farmland. Suphan Buri is a province immediately north-west of Bangkok.

Desperate to save his 3.2 hectares of rice paddy fields in Village 5, Tambon Don Jedi, rice farmer Narong Wongsuwan told Thai PBS that he decided to redirect water from a ravine, which has been turned into an open drain for household waste water, onto his farmland for the past four days.

Although there is still a small amount of water in the irrigation canals, he said he prefers to save it for consumption.

Narong said he believes the household effluent that he pumps onto his farmland is free from toxic chemicals because there is no factory in his community.

He added that, if he did not pump the waste water for use, other farmers might do the same and the ravine may run dry as well.

It was reported that farmers in Suphan Buri, and those in neighboring Chainat province, have started fighting for water to feed their rice crops because they rely on the same Khlong Makhamthao Uthong as the main source of water for irrigation and consumption.

Farmers located further downstream of Khlong Makhamthao Uthong hare complaining that most of the water is used by farmers living upstream, leaving very little water for them. 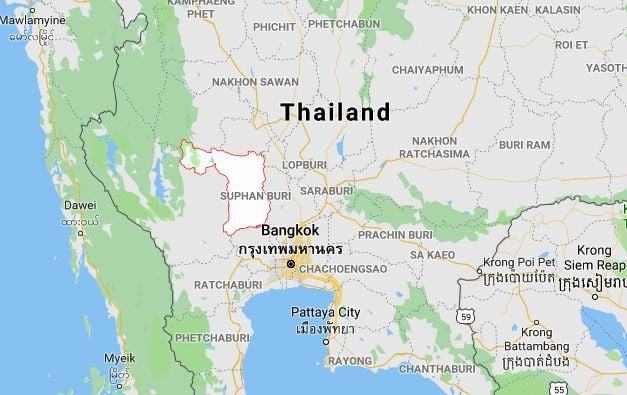