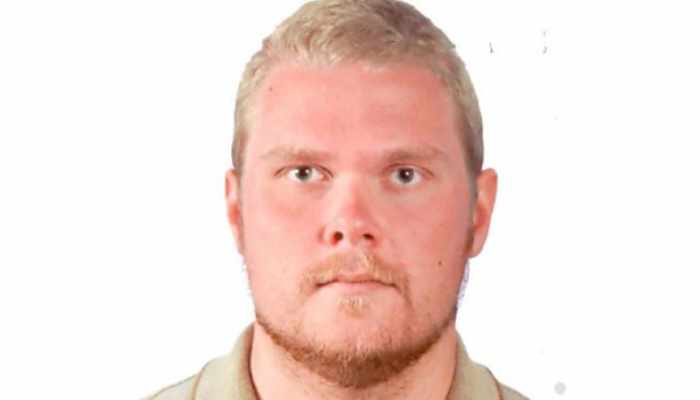 PHUKET: Danish national Dennis Mark Knudsen, the intended target of a street shooting in Patong last year, has been arrested in Denmark for fatally slashing his 33-year-old pregnant girlfriend’s throat with a steak knife.

Knudsen had previously been in custody in Thailand and released at least three times by Thai authorities.

Knudsen was arrested on Saturday after police were alerted to the murder, which occurred while the victim’s five-year-old boy and a seven-year-old girl were in another room of the apartment, reported Danish national newspaper Ekstra Bladet (story here).

In court yesterday, Knudsen claimed that he had doubts about his mental health.

“I cannot figure out if I’m schizophrenic. When I get flashbacks, my thoughts are violent, and I do not know where I am. Sometimes I have to open the door and look out to see where I am,” he said, according to a subsequent report (story here).

Knudsen was initially arrested by Pattaya Police on September 20, 2012 for skipping bail on an embezzlement charge (story here).

Pattaya Police handed Knudsen over to the Patong Police.

However, Knudsen was free on Phuket’s streets in time for the January 24, 2013 street shooting by Australians John Cohen, 32, and Adam Shea, 26, who both named the Dane as their intended target when they opened fire on him on Patong’s busy Soi Sansabai (story here).

Two German tourists were injured by wayward bullets. Both injuries were non-fatal.

Despite the attempt on Knudsen’s life, Patong Police said they were “not interested” in questioning the Dane over the shooting (story here).

Knudsen was later arrested a third time, in Phuket, for undisclosed reasons.

Australians Cohen and Shea were released after serving about 40 days in prison (story here).

The Patong Police officers who failed to provide enough evidence to charge the Australians over the shooting are to be investigated by the Public Sector Anti-Corruption Commission (PACC) (story here).

On May 6, PACC Secretary-General Col Pravesana Mulpramook said that he expected the investigation to take about one month.

“However, I must withhold the names of the officers as they have yet to be formally charged.” he told the Phuket Gazette.

The Gazette has yet to learn of any investigation into how Knudsen was granted freedom again by the Phuket authorities and allowed to return to his home country, where he now faces trial for murder.

New species of gecko in Phuket not so new