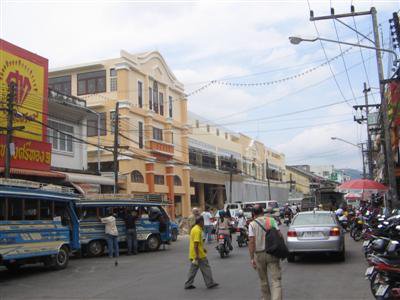 PHUKET CITY: Work on the new public market on Ranong Rd in downtown Phuket City is now 90% complete, according to officials at Phuket City Hall.

City official Udom Tansakul yesterday told the Gazette that the only work left to be done involves installation of vendors’ stalls and other finishing touches.

The city has already paid 14 of 16 installments specified under the 167-million-baht construction contract, he said.

Work on the project began in mid-2007, when hundreds of vendors from the old market at the same site were moved to a temporary location on Wirat Hongyok Rd.

The new market is a four-story building, with two floors of public parking above two floors of market space with 475 stalls. There are also 27 shophouse units.

The new complex will bring improvements in terms of cleanliness, hygiene and the quality of meat and produce sold, Phuket City Mayor Somjai Suwansupana said.