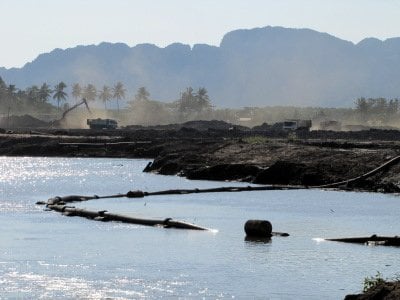 PHUKET: Phuket’s rising popularity as a sailing destination is straining the capacity of the island’s four yacht marinas, particularly during high season.

Fortunately for the region’s yachting community, work is well underway on a rival facility, Port Takola Marina, under construction across Phang Nga Bay in Krabi.

Robert Reynolds, a property consultant working on the project, recently told The New York Times that the marina was 50 per cent excavated.

Once complete – the 680-million-baht first phase is set to open in mid-2012 – Port Takola will feature 250 wet births to accommodate yachts of between 10 and 35 meters. Future phases may see berths for larger vessels.

Retired surgeon admiral in the Royal Thai Navy, Suriya Na Nagara, is developing the project, which is being designed by marina consultancy Arrol.

Built on the site of a former shrimp farm, Port Takola is about 3 kilometers away from Krabi Town and 50 km from Phuket’s east-coast marinas.

Phuket is already home to the Boat Lagoon, Royal Phuket Marina, the Yacht Haven Marina and Ao Po Grand Marina, which have a combined total of 661 wet births. There are also plans to develop a new marina in Chalong Bay.

But observers believe there is room for another competitor. Gareth Twist, managing director of Ruea Yachts told The New York Times that Port Takola would provide another option for yachts “to head out for a day’s cruise to another safe destination with facilities, fuel, power and water.”

“Having this additional marina in Krabi up and running will offer a perfect stopover for any of the yachts based in Phuket,” he told the paper.

Krabi’s quieter atmosphere and relatively unspoilt coastal scenery is likely to be a selling point for the marina.

The project is also in line with a new Tourism Authority of Thailand (TAT) strategy to target the yachting market as part of a wider goal to attract more “high-end” tourists to Thailand.

“It’s spreading increasingly into new groups of tourists. Previously it was popular with European and American tourists, but now it’s more and more popular with Asians,” he said.

Mr Suraphon said the TAT was already doing promotional work on yachting tourism and planned to do much more.

He said the infrastructure already in place in Phuket meant the island had the potential to become a world-class center for yachting.

Phuket Poll: Is everybody happy?