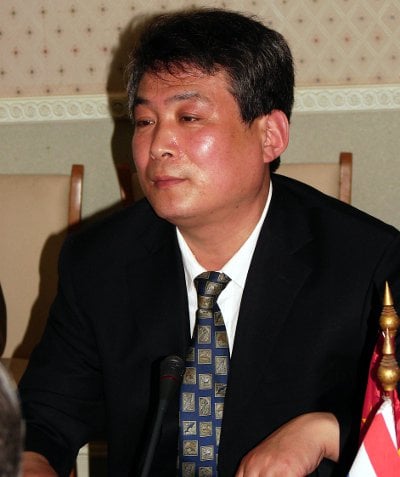 Attracting exhibitors and visitors worldwide, the exposition is held annually to promote and exchange international technology and co-operation in fresh produce-related industries.

Phuket once presented in the expo in year 2000, he added.

“I would like Phuket to present fresh Phuket fruit at the fair because normally there is only dried fruit from Thailand on sale in Yantai,” he explained.

Mr Huang also proposed establishing a Thai-fruit center in Yantai as a distribution center for neighboring areas in Shandong, on the Chinese northeastern peninsular.

The center would also be a focal point of fruits traded between the two cities, which are already “twinned” with each other.

With the number of tourists coming to Phuket continuing to spiral upward, the demand for such fruits would only rise, he added.

In terms of tourism, Mr Huang pointed out that Yantai was near many tourist attractions popular with Thai people, such as Tai Shan Mountain and Qufu city.

According to Chinese government websites, Tai Shan Mountain is regarded as preeminent among China’s Five Sacred Mountains, with 72 Chinese emperors of various dynasties making pilgrimages to the mountain for sacrificial and other ceremonial purposes.

Qufu City is renowned as the birthplace of Confucius.

Vice Governor Weerawat said he appreciated the visit and that he would bring the proposals to the attention of top officials.

In closing the meeting, Wannaprapa Suksomboon, deputy director of the southern regional Tourism Authority of Thailand (TAT) office in Phuket, pointed out that in developing tourism, launching direct flights between the two cities would be a top priority.

“In the first three months of this year, 131,109 tourists from mainland China visited Phuket. Most were from Shanghai and Beijing because there are direct flights operating between those two cities,” she said.