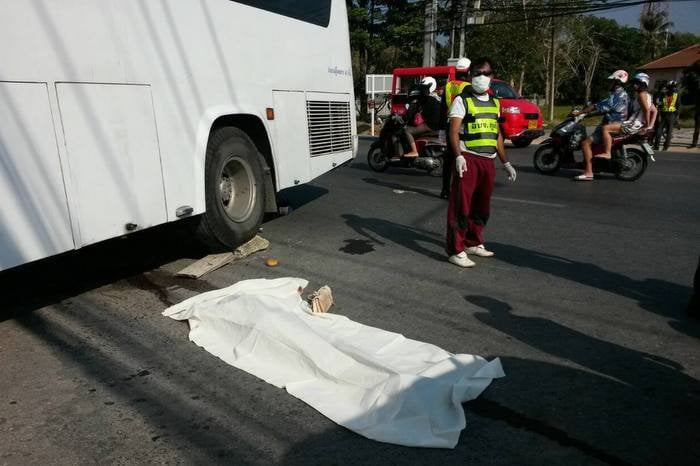 PHUKET: A woman was killed after her motorbike collided with a tour bus in front of the Phuket Shooting Range in Chalong at 9:30am today.

Police and rescue workers were called to the scene, where they found the body of 33-year-old Rapeepat Kanphutra trapped under the Authai Thurahan tour bus, which was carrying Chinese tourists to a souvenir shop in front of the shooting range.

“We were told by witnesses that Ms Rapeepat was heading toward Karon Beach from Chalong at the time of the accident,” Capt Patiwat Yodkwan of the Chalong Police told the Phuket Gazette.

“The bus driver was turning right into the shooting range, and did not see Ms Rapeepat before she crashed into the side of the bus.”

Capt Patiwat said that Ms Rapeepat died instantly, noting that she had not been wearing a helmet.