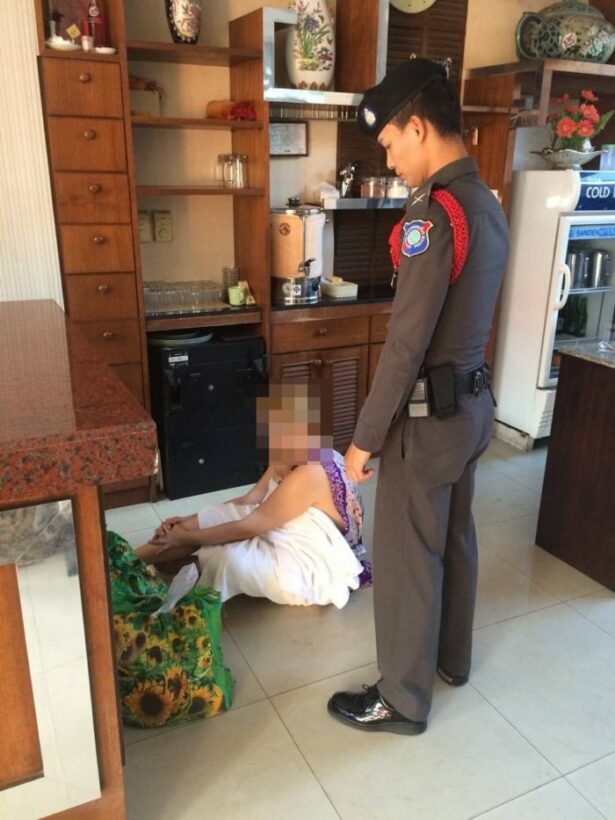 PHUKET: The Russian consul to Phuket has arranged accommodations for a Russian woman who was found sleeping in the streets of Phuket Town this morning.

Tourist Police were notified about the woman, who has a record of acting erratically and incoherently, at about 9:30am.

“We were informed that she was only wearing a dress – no bra. The person who called us said that they were afraid that she was vulnerable,” said Capt Prudsatorn Youthong of the Phuket Tourist Police.

Officers gathered some clothes found scattered around her, but were unable to communicate with her.

“We know she was speaking Russian, but we had no idea what she was saying. Sometimes she was just laughing by herself,” Capt Prudsatorn said.

The woman, whose name is being withheld at the request of officials, already had a file with the Phuket Tourist Police.

“About two weeks ago, Phuket City Police handed her over to us. She had been found eating tissue paper naked in a hotel in Phuket Town. She was transferred to the Russian Consulate,” Capt Prudsatorn said.

At that time, the woman had refused the assistance of the Russian government, confirmed Santi Udomkiratak, the Russian Federation Deputy Honorary Consul to Phuket.

“When she’s ready to talk with us, we will sit down and see what can be done to contact her family. She seems to have no issues securing funds. If it comes to getting her medical attention, we will do our best. However, at this point, we are just trying to get a grasp of what’s happening,” Mr Santi said.