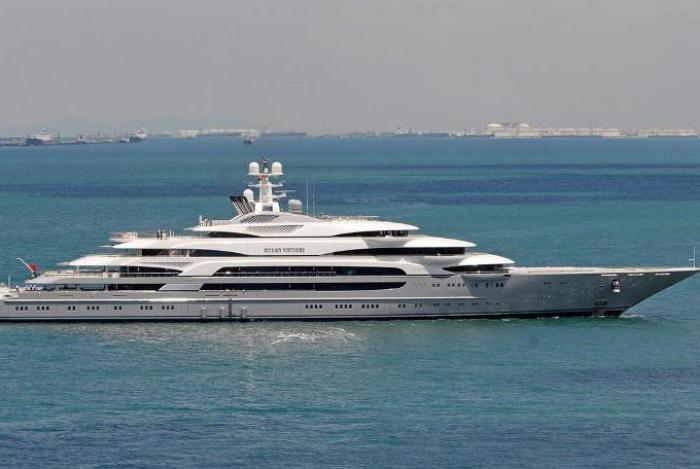 PHUKET: Mystery still surrounds the death of a Bulgarian crew member who died after both his legs sustained massive injuries on board the superyacht Ocean Victory. Witnesses to the incident have remained silent and not responded to requests to be questioned by Kuraburi Police.

“I have sent out letters to all relevant people who were on the yacht on the day of the accident, asking that they come into the station for further questioning. However, no one has presented themselves yet,” confirmed Capt Kitchana Thengrueng of the Kuraburi Police.

Bulgarian national Toni Hriston Kolev, 33, was fatally injured on March 13, in what appeared to be a freak accident, as the ship was anchoring off Koh Tachai in the Similan Islands archipelago (story here).

Measuring 459.32 feet in length, the Ocean Victory, currently sailing under the flag of the Cayman Islands, is one of the 10 largest superyachts in the world. The vessel was launched in 2014 and is owned by Russian steel magnate and politician Viktor Rashnikov.

The Bulgarian national was reportedly caught up in the yacht’s chain mechanism while it was weighing anchor at about 2pm.

“When we got the report from Takuapa Police, there were no details of exactly what happened to Mr Kolev. It looks like it was an accident, but we need more details from those involved,” said Capt Thengrueng. “At this stage, we have yet to press charges against anyone.”

Police explained that the family of Mr Kolev had been dealing directly with the embassy and had not filed any complaints with them.

As Mr Kolev’s body was taken from the superyacht to Takuapa Hospital, the local police handled the examination of the body, but are otherwise not connected to the case.