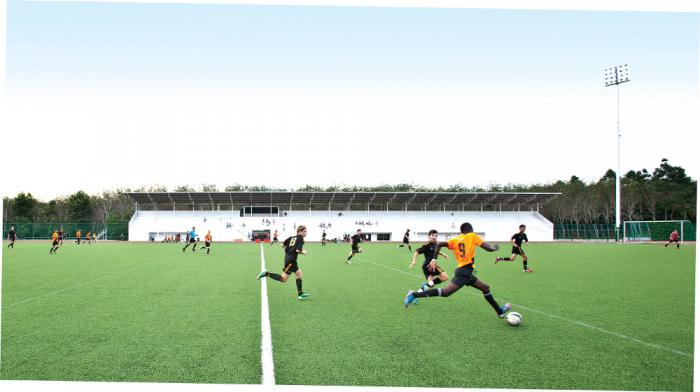 PHUKET: Having trained English Premier League stars Joe Cole, Rio Ferdinand and Frank Lampard Jr, West Ham Academy’s coaches are coming to Phuket to do what they do best – teach others to play at the top of their game.

“Course participants will immerse themselves in the spirit of world-class football, and improve their ability and confidence as players,” said an announcement of the event.

“The aim of the training camp is to inspire children aged 8 to 16 who have aspirations within football – whether it be to play to their highest possible ability, obtain a scholarship at a university or play professionally – to show them the level that they need to reach, and assist them in attaining it.”

Sessions during the course will incorporate exercises, games and drills designed to challenge and train the player’s body and mind, and help them focus on key elements of the game.

Technical workshops will look at the ideas and philosophy of the West Ham United Academy, and the key attributes that are necessary to become a “complete player”. This will include a focus on the social, physical and psychological aspects needed by individual players. In addition, essential information about diet and nutrition will be provided to help players perform to their maximum level.

The program will consist of two coaching sessions per day Monday to Friday, with evening activities and an off-campus field trip for participants.

Fifteen years after the famous Bobby Moore and Geoff Hurst began their careers at West Ham United, “The Academy”, as it has since become known, has been under the direction of Tony Carr MBE. In recent years, the England team has relied on his apprentices – five of whom took the field for Chelsea and Manchester United in the 2008 Champions League final.

Like other academies in England, the training activity behind the scenes at West Ham United is very secretive. In Phuket, young players will have the opportunity to receive the training given to the best players in England.

Those wanting to sign their child up for the five night session, which includes pick up and drop off at Phuket International Airport, evening activities, a field trip and round-the-clock supervision can email coaching@bangkoksocerschools.com or contact Stuart Welham on 021-494 647, 083-270 3337 or email him at s.welham@ bangkoksoccerschools.com.