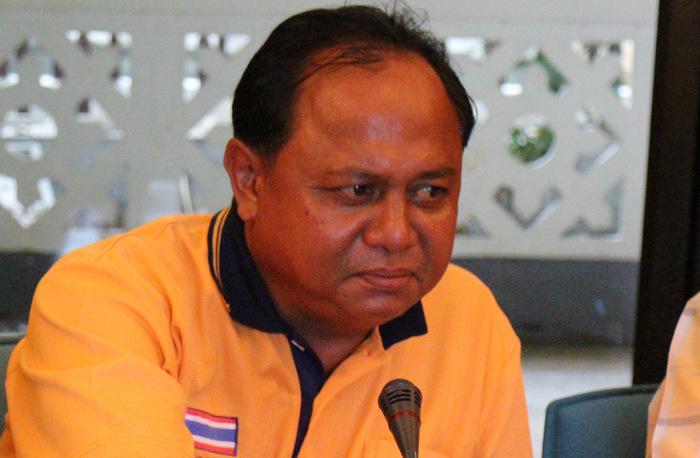 PHUKET: The dredging of the Koh Kaew Canal, which provides access to two key marinas on the east coast of Phuket, has stopped due to environmental concerns.

Sasorn Sassadeekul of the Marine Office Region 5 headquarters in Phuket agreed to halt the dredging of the canal at the request of Phuket Vice Governor Somkiet Sangkaosuttirak at a meeting at Provincial Hall yesterday.

The meeting was called after Jitti Intaracharoen of the Phuket Farmer’s Council raised the issue with Phuket Governor Maitri Inthusut when the governor inspected a shrimp farm near the canal on April 28 (story here).

“I know that fishermen have waited for this dredging project for a long time, but please consider the environmental impact,” Mr Jitti said.

“The dredging method uses a drill to churn up the channel bed, then pumps the sludge onto the banks. It is damaging the environment.”

Vice Governor Somkiet called on all present, including officials from relevant local government agencies and about 20 residents, to vote on whether or not the dredging should continue.

They reply was a resounding “No.”

“Almost all the people here want to change the method of dredging, so I ask that the Marine Office take this under consideration and try to find a solution to this problem,” V/Gov Somkiet said.

“I will raise this issue with Marine Office Region 5 Director Wichai Khamkong.”

The dredging was approved at a public hearing in January (story here) and the six-month project started in March.