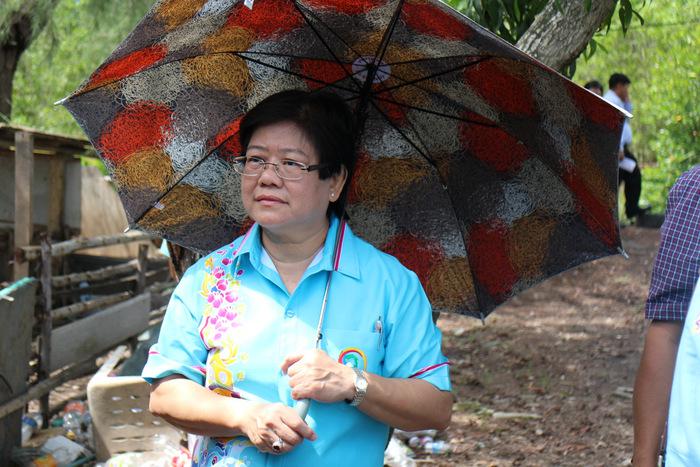 PHUKET: The provincial government has organized 50rai of land for the sea gypsy families living on Koh Sireh who are being sued by a private developer for allegedly squatting on private land.

“Other sea gypsy families are living in houses allegedly built on private land, but have yet to face legal action,” explained Phuket Vice Governor Sommai Prijasilpa at a meeting with local officials and sea gypsy villagers yesterday.

At this point, five families in the Laem Tukkae sea gypsy village are being sued.

The relocation offers sea gypsies the chance to move from their current east coast village, with panoramic views of the world heritage listed Phang Nga Bay, to the banks of the Tah Jeen Canal about five kilometers inland.

The 50 rai is controlled by the Royal Forestry Department, which has granted permission for the sea gypsies to live on the site, Vice Governor Sommai noted.

“We had to do something just in case they lose the right to live where they are now,” V/Gov Sommai said.

“Moreover, the sea gypsy community has outgrown their current site. They have to expand.”

Families wanting to move must register at the Phuket office of the Ministry of Culture at Saphan Hin.

Under the relocation offer, each sea gypsy family will be afforded a plot measuring 50 square wah (200sqm) on which they will be permitted to build one house.

During the inspection, however, V/Gov Sommai discovered houses of ethnic Thais already built illegally amid the mangroves.

Boon Suwanchatree, 69, one of the people already living at the new site, voiced her concerns that she and her extended family would have to move to make room for the indigenous sea gypsies.

“I have been living here for more than 40 years and in all that time we have never had problems accessing our homes or with anyone asking about us living on someone else’s land,” she said.

“I have a lot of family members here.”

V/Gov Sommai assured Ms Boon that a happy compromise would be found.

“Don’t worry, I would like to see all people living together without any problems,” she said.

Several government offices have been tasked with drawing up plans for the new village, V/Gov Sommai explained.

“After the village plan has been completed, we will start considering the allocation of plots where families can live,” she said.