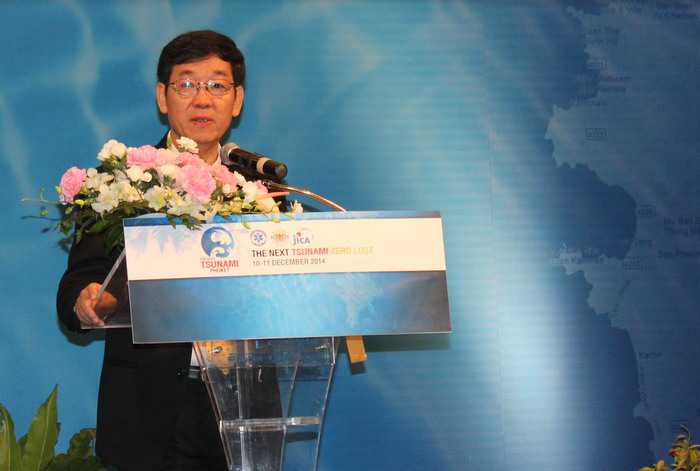 PHUKET: Phuket hosted “The Next Tsunami Zero Lost” conference last week, during which more than 100 experts from about 12 countries reviewed emergency medical procedures to ensure the recovery, safety and survival of tsunami victims.

“We are prepared for the next natural disaster, and have continued to work closely with Japan International Cooperation Agency [JICA] to stay abreast of developments,” Deputy Minister of Public Health Somsak Chunharas said at the opening ceremony.

Representatives from ASEAN member states were in attendance, along with experts from the United States and Japan.

“Having people from JICA at the conference is important, as they have dealt with a number of natural disasters in recent years,” Dr Wiwat Seetamanotch, one of the conference coordinators, told the Phuket Gazette.

“We have reviewed how different countries have managed these disasters and what actions they have taken to minimize the impact on the lives of their citizens.”

JICA has been working closely with Thailand since the Indian Ocean tsunami in 2004.

“Since then, we have been preparing and improving our ability to conduct searches and rescues, as well as establishing disaster medical emergency protocols,” Dr Wiwat said.

“I can assure you, we’ll be ready next time.”