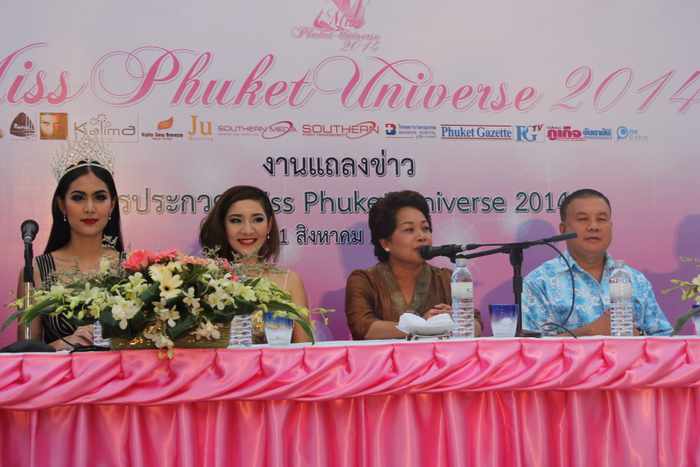 PHUKET: A call went out for the fairest of them all in Thailand, as organizers look to draw the Kingdom’s top beauties for Miss Phuket Universe.

“This is the first time Phuket has searched for a beautiful woman to represent the island for Miss Universe Thailand,” said Miss Phuket Universe public relations representative Chanitsanan Theppabut.

However, the competition isn’t just for Phuket residents. All Thai nationals have been welcomed to walk the walk and talk the talk as they attempt to take home the top prize: 100,000 baht cash, a pearl crown, a trophy, gift vouchers with an estimated value of 300,000 baht and the opportunity to represent Phuket in Miss Universe Thailand.

“The purpose of the pageant is to promote Phuket tourism and for Miss Phuket to be a tourism ambassador for the island,” Ms Chanitsanan said.

Registration will be held from February 6-12, 2015 at Central Festival Phuket. On February 13, 30 candidates will be selected and then taken to a pageant camp from February 20-25.

On February 25, the day before the competition commences, the candidates will take part in charity activities supporting the Life Home Project Foundation.

“This is a great event for Phuket. The island’s image has been tarnished and we have gotten the label ‘Crime Island’. However, hopefully, this will help repair the image and make Phuket better,” said Patong Mayor Chalermluck Kebsup.

Miss Phuket Universe will walk away with 100,000 baht cash, a pearl crown and many more prizes. Video: PGTV