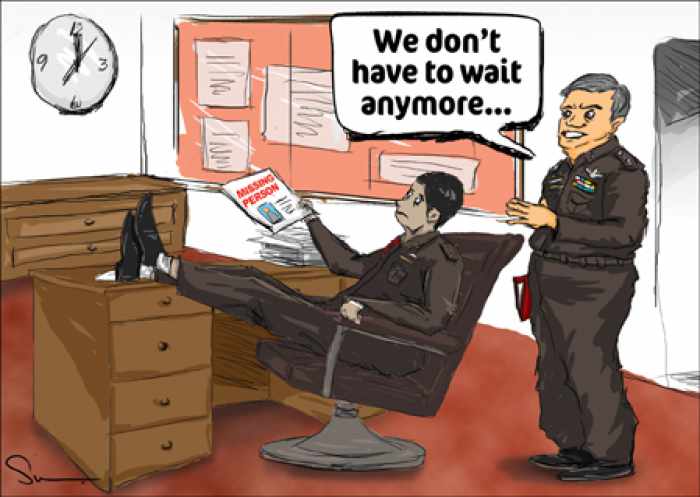 PHUKET: The welcome news that the Royal Thai Police no longer need to wait 24 hours before launching a search for a missing child is one of the greatest leaps forward in policing policy in years (story here).

A regular reader would not have to flip through a pile of back issues of the Phuket Gazette to know of the countless international law-enforcement conferences reported over the years – and the standard photo opportunities of local police targeting “bad guys”, primarily in the hope of saving Thailand from losing face and defending the reputation of the nation’s lucrative tourism industry.

This latest move targets the saving of lives of those most valuable to any society: children.

It also brings Royal Thai Police policy in line with world standards. The much revered and feared Federal Bureau of Investigation (FBI) has Child Abduction Rapid Deployment (CARD) teams at the ready across the United States.

“The first few hours after a child is abducted are critical,” acknowledges the FBI on its website, though immediately admitting that the CARD teams were established only as recently as October 2005.

However, the FBI brings some common sense to the problem – and a very strong knock-back to the tired old Thai Police mantra that they do not have enough officers in Phuket: the FBI has only 60 CARD officers who comprise only five teams throughout the entire United States.

The policy shift also caters well to the changing social fabric of Phuket, where many parents are from family homes in other provinces. Most Thais in Phuket are not Phuket natives and many of these domestic migrants leave their children with elderly family members or neighborhood friends while they earn much-needed income. Sadly, as the tragic tale of Nong Dear shows, anytime a child is out of sight of his or her parents could become a time for worry.

To their credit, the Thai Police now (unofficially) use to their benefit another recent cultural shift – the Thai dependency on being connected online. Police use the chat application Line to update the media on many breaking news stories. News of a missing child can be quickly spread the same way.

Of all sad irony, the case of missing Nong Pin in 2011 highlights how she herself could have been using at the time of her disappearance one of the greatest tools in locating missing persons: she was last seen in a Phuket Town internet cafe using Facebook (story here).

The global online networking portal has 24 million users in Thailand, who collectively send more than 5.5 billion messages each month. Yet despite the plethora of online dating services and other advertisements that are intentionally provided to Phuket Facebook users to target a localized readership, the Gazette has yet to see one localized public notice for a missing person.

Mark Zuckerberg, 29 years old and without children, has amassed a personal fortune of close to 900 million baht from Facebook. Maybe he can afford to spare a few localized ad slots to promote missing children notices – if the Royal Thai Police were to seize the initiative.

The morality of surrogacy