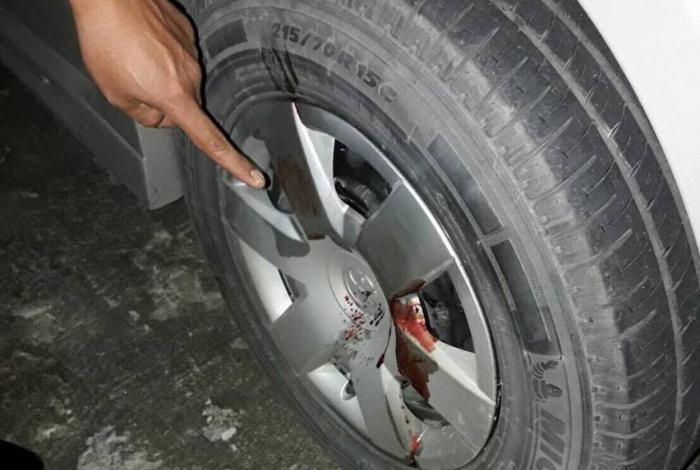 PHUKET: Police are hunting for a Thai man suspected of shooting dead a van driver in Kathu on Saturday.

Chamnong Kaewprot, 41, was admitted to Phuket International Hospital by his wife, with shotgun wounds to his back. He was later transferred to Mission Hospital, where he was pronounced dead.

Capt Sawanya Eiattrong of Kathu Police arrived at the scene of the altercation and saw the van’s blood-stained rear wheel.

“Witnesses said that Mr Chamnong had parked his van outside his house in Phuket Golden Ville 5 at about 11pm and was walking toward his house when a heavy-set man, whose face was covered, shot him in the back and drove away,” said Capt Sawanya.

“Witnesses added that they believe the suspect may have been waiting for Mr Chamnong to return home.”

His colleagues told officers that he had had no problems at work.

“Mr Chamnong’s friends said that he had several girlfriends, one of whom may have been involved with the unknown suspect,” added Capt Sawanya.

Phuket Provincial Police deputy commander Sermphan Sirikong, who is in charge of the investigation, said that he had ordered provincial and Kathu Police to work together and check CCTV footage of the area.

“At this stage, we can only speculate that a conflict regarding sexual relationships had arisen between the two men,” said Deputy Sermphan.

“We will continue to investigate and hope to apprehend the suspect soon.”