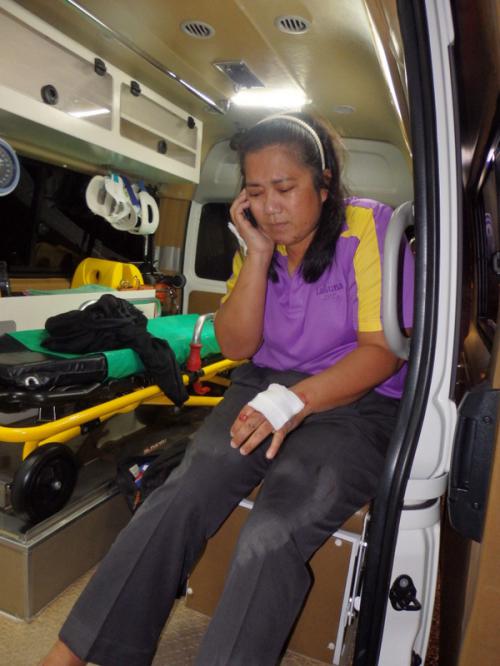 PHUKET: An unidentified foreign woman died in a car accident on Thepkrasattri Road early this morning.

Police were called to the scene, on the southbound side of the road opposite the entrance to Bang Kanun Forest, at 5am.

“We found a car flipped over in the middle of the road and the body of a foreign woman inside. We searched the car, but there were no documents to identify her,” said Chatree Chuwichian of the Thalang Police.

“She had blond hair and appeared to be in her thirties. Her car was a silver Toyota.”

“I was riding my motorbike to Laguna for work,” Ms Pattara said.

“Suddenly, I was hit from behind by the car. Fortunately, I fell off my motorbike when I was hit, because the car dragged my motorbike and then flipped over.”

“I’m lucky to have only minor injuries, but I feel so sad for the driver.”

The foreign woman’s body was taken to Thalang Hospital as authorities continue to attempt to identify her.