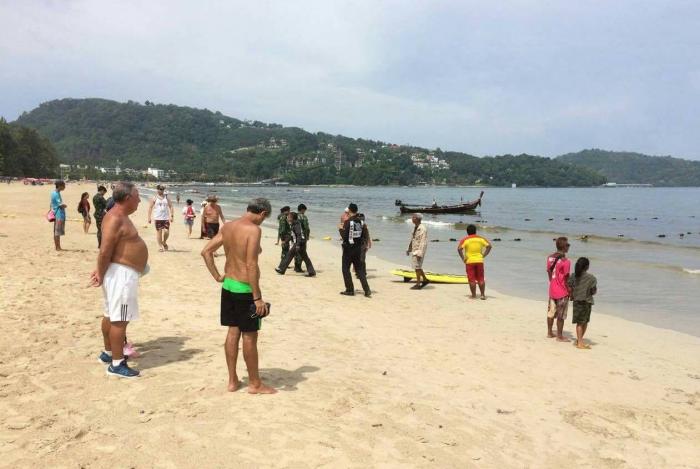 PHUKET: Lifeguards and police officers have recovered the body of an unidentified foreign tourist from the water at Patong Beach. The man was reported to have disappeared this morning,

Local vendors informed lifeguards of his disappearance at about 9am, saying that he simply never returned after going into the water.

Lifeguards hopped onto their jet-skis to search the sea. Patong Police officers, Kusoldharm Rescue Foundation workers and concerned tourists were also present at the scene.

Police found British bank notes and a hotel keycard in his pocket. Officers are now trying to confirm his identity and figure out exactly what happened to him.

‘Mentally ill’ Phuket man blows half his head off

Ex-convict charged with seven counts of rape in Phuket