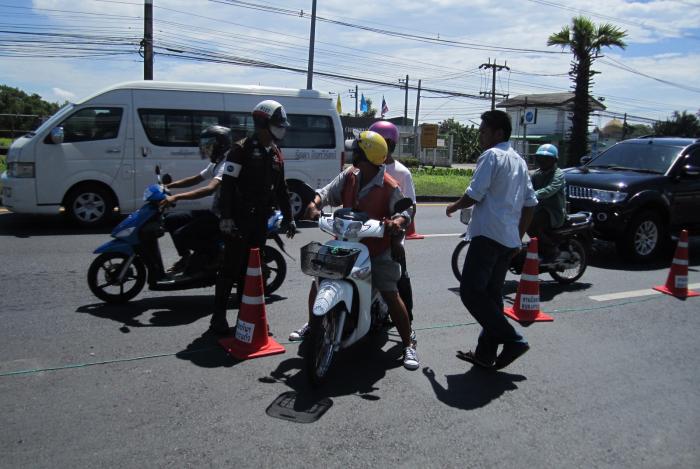 PHUKET: After a three-day run with no road related fatalities, day 4 of the ‘Seven Days of Danger’ campaign saw two deaths in accidents on Phuket’s roads.

The first incident occurred at 2:10am yesterday, when 24-year-old Patcharin Taosanit crashed her motorbike into a power pole in Rawai.

The second incident occurred about 5pm when 26-year-old Chalermluck Ongwimonkarn crashed into a taxi while ‘ghost riding’ in Srisoonthorn. He was reportedly not wearing a helmet and under the influence of alcohol.

A total of 53 injuries in 49 accidents have been reported so far – 10, 9, 16 and 18 from days one to four, respectively, according to the official statistics provided by the Department of Disaster Prevention and Mitigation (DDPM) Phuket Office.

Police claim to have inspected 3,194 vehicles and recorded another 1,446 moving violations on day 4.

Updated DDPM Phuket statistics for traffic offenses during the fourth day of the campaign are as follows: