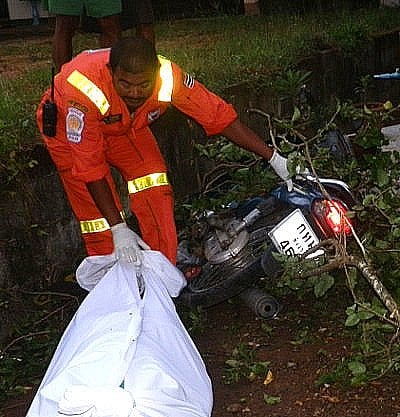 PHUKET: Two men died and one was seriously injured in Phuket this morning in a single-vehicle motorbike crash after the driver swerved to avoid a utility pole blocking the road in Mai Khao.

Tah Chat Chai Police received the report at about 5am and arrived at the scene, about 100 meters from the Holiday Inn hotel, along with Kusoldharm rescue workers, Thalang Hospital officers and Tambon Administration Organization (OrBorTor) officers.

Nearby was a white Honda Dream motorbike that had crashed into a short retaining wall.

Mr Surat was later transferred to the better equipped Vachira Hospital Phuket due to the seriousness of his injuries.

The men were returning to a staff dormitory at the time of the accident.

Rescue workers noted that none of the men had been wearing helmets.