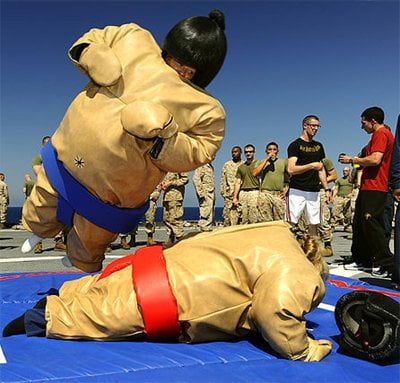 PHUKET: England named the same side that defeated the West Indies 2-0 for their upcoming one-day series against Australia.

The first game of the five-match series is at Lords this Friday and England will need to maintain their current run of good form to stand any chance against the world’s top-ranked one-day international team.

OLYMPICS: Saudi Arabia has announced this week that it will allow its female nationals to participate in the Olympics for the first time.

Women in Saudi Arabia were banned from attending gyms in 2009. Saudi Arabia, Qatar and Brunei are the only three countries never to have sent female athletes to the Olympics.

Brunei and Qatar had already confirmed they will be sending female nationals to London 2012.

Equestrian Dalma Malhas is the only female Saudi athlete who could qualify for the Olympics.

STRANGE SPORTS: The sumo suit athletics world championship are due to take place on July 8 in London, with the motto of slower, lower, weaker!

The participants compete in five disciplines: high and long jump, shot put, and the 400 and 100 meters sprints.

The suits are foam-filled, not inflatable, which must be verified by the World Championship body, which states there are safety reasons for such a suit as it is far more robust for jumping!

The current 100 meter sprint world record in a sumo suit, set by Ed Moyse, is an incredible 14.43 seconds.

Drug suspect caught in Phuket after year on the run