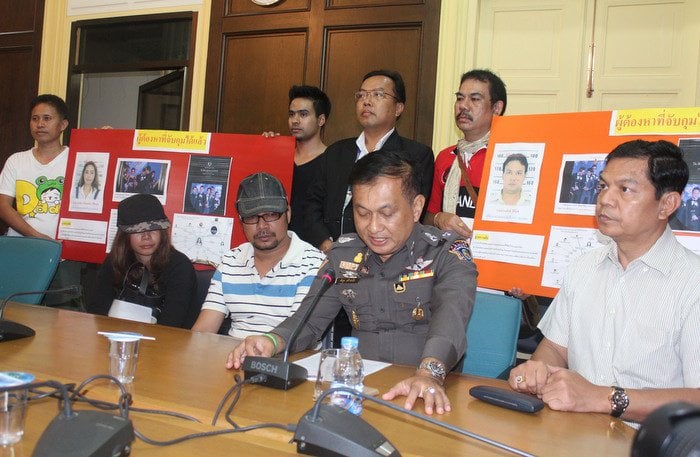 PHUKET: A Phuket couple surrendered to Chalong Police yesterday for their alleged involvement in the international 10-billion-baht UFUN pyramid scheme.

Damrongsak Pitisuk, 38, and his 37-year-old wife Pornthicha Pitisuk had both received ‘Achievement Awards’ at the ‘The Black Night Party by URICH’ in December last year. The party was held in order to applaud those who manged to recruit investors of 1 million baht or more. The master of ceremony was the host of the Beartai Hitech show, Pongsuk Hiranprueck.

Mr Pongsuk told police in June that he was paid 70,000 baht for the job and was told the party was to launch an e-commerce website and hand out awards. He insisted his U-Token advertising speech at the event came from a ready-made script and he had no intention to drum up membership for UFUN.

“If I had known then that UFUN’s business was [allegedly] illegal, I would not have accepted this job,” Mr Pongsuk told The Nation.

“The two suspects were in charge of expanding the pyramid scheme by recruiting members under the URICH network,” Col Angkul explained. “They were both in the same network as Nitiwat Thitipriyakon, who was arrested last month.”

Together, they have recruited about 100 members to the network, said Col Angkul.

Phuket police first arrested Natthinont Puttathammarong, 42, at his car shop, NN Used Car. During the raid, police seized a Mercedes-Benz E 250 8 and an Audi A7, together worth more than 10 million baht.

Mr Nitiwat, 35, and his 35-year-old girlfriend, Konveena Leelaratrungruang, were arrested hours later, but denied all charges levied against them.

“So far, we’ve issued arrest warrants for 160 suspects and have arrested 73 of them. Four companies are being investigated and 31 suspects have left the country,” Col Angkul said. “We will continue our investigation and are eager to arrest more suspects, 10 of whom we believe are still in Phuket.”

A Decade Ago: Fears of sex on the beach in Phuket