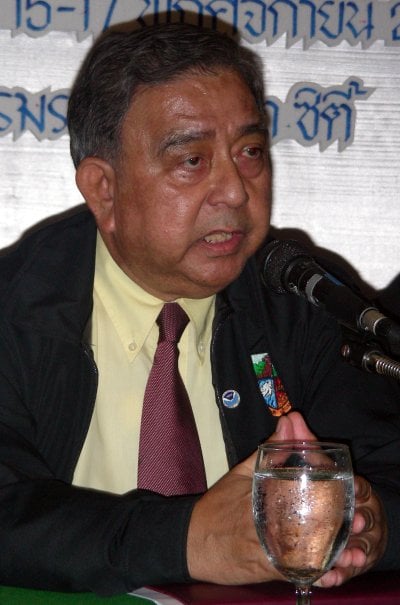 PHUKET CITY: Thailand’s tsunami early-warning system will take a big step forward this month, when a high-tech monitoring buoy able to directly detect tsunami waves will be deployed about 1,100 kilometers off the Andaman Coast, near the Andaman and Nicobar Islands.

The announcement came during a meeting on disaster preparedness in the six tsunami-affected provinces held at the Royal Phuket City Hotel yesterday.

The buoy, the first of its kind in the Andaman Sea, will be linked via satellite to the existing network of some 80 tsunami warning towers already built in the six tsunami-hit provinces. It is expected to provide valuable lead time in warning coastal residents of an approaching tsunami.

It will use US-made Deep Sea Tsunami Detection Equipment-2 (DART-2) technology. Similar technology has long been used as part of the US National Oceanic and Atmospheric Administration’s (NOAA) Pacific Tsunami Warning Center.

The buoy is the first of two to be provided by the US government as part of its two-year, US$16.6-million contribution of equipment and expertise. They will eventually form part of a network of buoys forming part of an Indian Ocean tsunami early-warning system by NOAA.

Currently, the warning towers can be activated only following orders from NDWC headquarters in Nonthaburi. Researchers there must first obtain seismic data from earthquake activity in the region, then make an educated guess about the likelihood of a tsunami.

The last time the NDWC issued a tsunami warning was on March 28, 2005, following an 8.3-magnitude earthquake in Sumatra. The warning, which caused panic in Patong and other parts of Phuket, turned out to be a false alarm.

Dr Smith Thammasaroj, Director of National Disaster Warning Center, said that the buoy will be donated by the US Government, but added that the Thai government must pay an estimated 36 million baht in maintenance costs over the buoy’s two-year life span.

Once the buoy is operational, he said, it will be handed over to the Meteorological Department because the NDWC faces staff and funding shortages following the change in national government.

He criticized the government for suspending the NDWC’s 300-million-baht plan to install 144 remaining disaster-warning towers in 57 provinces in the North, Northeast and Central region.

Smith had earlier vowed to quit his post if the self-appointed Council for National Security continues to ignore the nationwide warning tower project.

The NDWC would be able to maintain the buoy only if its status were changed to that of an independent public agency, he added.

The DART-2 buoy will be launched from a research vessel that will leave the Phuket Marine Biological Center pier at Cape Panwa on November 28. There will be a full day of ceremonies starting at 8:30 am to bid bon voyage to the vessel, which is expected to return within a week.