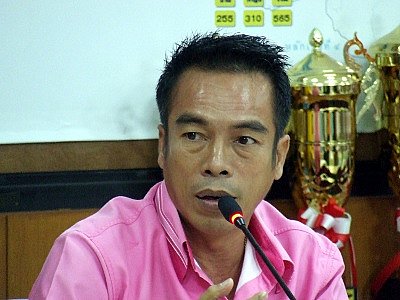 PHUKET: A high-frequency radar system to monitor ocean currents and aid in the detection of tsunami waves will be set up in Patong by the end of the month, local officials say.

The Thai Meteorological Department (TMD), in cooperation with Patong Municipality, is preparing the site at a location called Kor Sai Lod, a headland on the south coast of Patong Bay.

Patong Deputy Mayor Chairat Sukkaban told the Phuket Gazette that Patong Municipality has contracted BO Power Tech Company to run over 100 meters of cable to reach the site at a cost of 189,600 baht.

Once the supply is available, the radar will be installed by its supplier, American firm Medlink, he said.

The Patong radar is one of two that will be installed along the Andaman coast by Medlink under contract with the TMD.

Dr Wattana Kanbua, meteorologist and director of the TMD’s Marine Meteorological Center, told the Gazette the second unit will be installed at Baan Nam Khem in Takuapa District, Phang Nga.

Baan Nam Khem was the worst hit area in Thailand in the 2004 tsunami disaster, with about one-quarter of the estimated population of 6,000 people dying in the waves.

Typically used to monitor ocean currents on an hourly basis, the radar technology can be used to detect and measure the velocity of “particle currents”, known as Bragg waves, detectable above sea waves.

If the velocity of such waves increases unusually fast against the normal background data, it could indicate a tsunami wave moving from deep to shallow water, he said.

A single radar can be used to detect height and velocity, but two units are needed to assess current direction, he explained.

The technology is effective at distances of up to 200 kilometers, he said.

The radar units will also have other useful applications. For example, they could be used to aid in monitoring and predicting the migration of oil spills, he said.

About one-quarter of the world’s oil shipped by sea passes through the Strait of Malacca, the northern end of which lies off the coast of Phuket.

State-run oil firm PTT is currently conducting geologic mapping in three concession zones west and northwest of Phuket, and could begin to drill test boreholes as early as next year if the results are promising.

The overall budget for the TMD project, 200 million baht, includes radar installations to monitor currents in the Gulf of Thailand. Two of these units will be located in Rayong, one on Koh Samui in Surat Thani, and another in the Sichon District of Nakhon Sri Thammarat.

Now in its third year, the project is about 80 per cent complete and should be operational by September. Soon thereafter, the TMD will set up a web page allowing the public to monitor sea conditions in real time, Dr Wattana said.