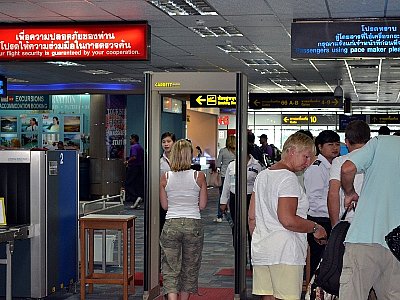 PHUKET: Immigration officers at Phuket Airport have told the Gazette they would welcome an automatic passport check-in system like the eight machines that will be installed at Suvarnabhumi Airport in Bangkok at cost of 76 million baht.

“The system will be used first at Suwannabhumi Airport. For now, it seems the machines will not be installed at Phuket Airport any time soon as we have yet to receive any details about this,” said Capt Amporn Musikkapan, an immigration officer stationed at Phuket Airport.

He added that while the number of international passengers passing through Suvarnabhumi Airport was high, it was fairly consistent throughout the year.

However, immigration officers at Phuket Airport had a much greater workload per officer during Phuket’s high season, he added.

“We also want the machines to help us as nowadays we are often overloaded with tourists passing through immigration,” Capt Amporn said.