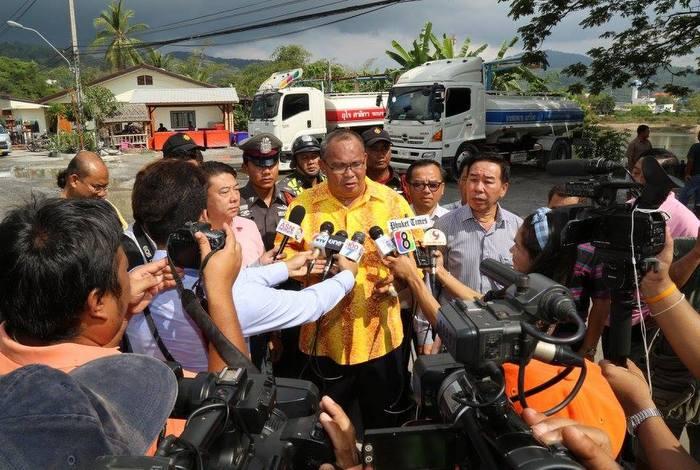 PHUKET: Chalong Mayor Samran Jindapon has ordered trucks carrying water to stay off of Luangporglium-Luangporcham Road after they allegedly caused damage to the pavement. Mr Samran also said the municipality is billing the trucking company for repairs.

Mr Samran, accompanied by other Chalong officials, inspected the road after villagers complained of potholes and standing water near an old mining site behind Wat Chalong.

“We have seen trucks take water from the old mining site and sell it to private businesses,” Mayor Samran said. “Locals have told us that they saw dozens of trucks moving water all day and night during this dry season.”

“The total budget to repair the road is about 300,000-400,000 baht. After it’s fixed, we will evaluate its structural integrity before allowing the trucks to use it again,” Mayor Samran said.