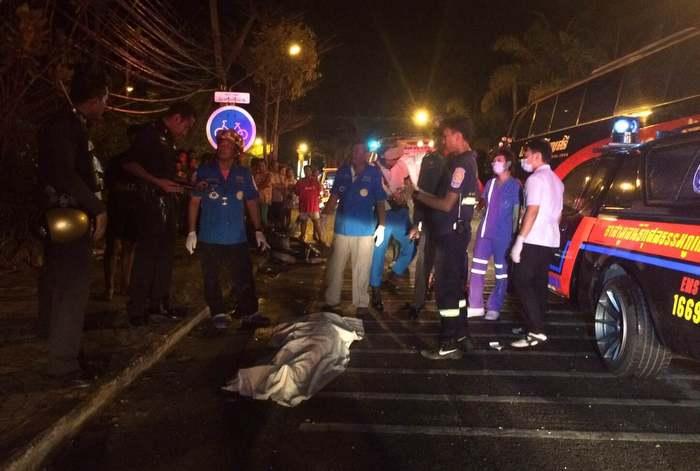 PHUKET: A head-on collision with a pickup truck during light rain on May 10 killed a motorbike rider in Koh Siray, confirmed Phuket City Police.

The victim was 32-year-old Kanokkarn Samartkij, said Lt Surachart Tongyai, adding that she was on the way to see her mother, who lived about 500 meters away from the crash site.

“When we arrived at the scene, Ms Kanokkarn’s body was covered in blood. She had suffered a severe head injury, broken her left leg and left hand, and her motorbike was heavily damaged,” Lt Surachart said.

“Ms Kanokkarn’s mother said she was a great and hardworking daughter, who sold edibles at Phuket Bus Terminal 2.”

The driver of the pickup, Somchate Maungming, 32, told police that he was driving from Koh Siray to Phuket Town, when Ms Kanokkarn – who was coming from the opposite direction on her motorbike – overtook a car in front of her and crashed into his oncoming truck.

Police are questioning Mr Somchate and other witnesses and have yet to press any charges.