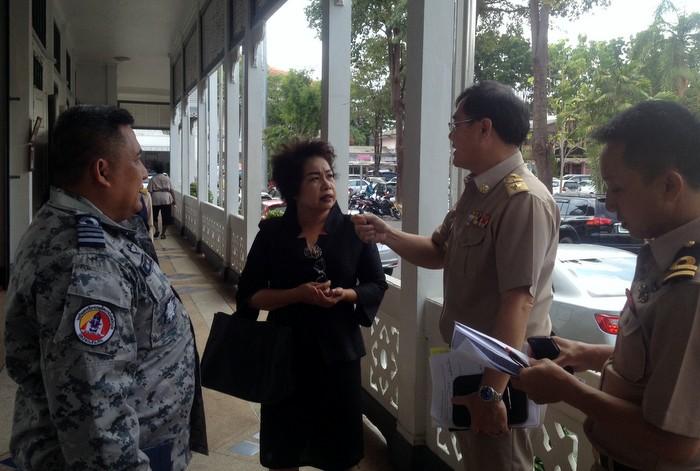 PHUKET: Patong Municipality is to serve a demolition notice to Paradise Beach Phuket next week, giving the party venue in Patong 30 days to move off the land it allegedly occupies illegally.

Patong Mayor Chalermluck Kebsup said Paradise Beach Management Co Ltd, which operates the beach club near Tri Trang Beach, will be formally told to remove the buildings said to be built on public land, unless the company can produce documents proving it has the right to occupy that land.

“The company will have 30 days to demolish the structures or make an appeal, in which case they must produce relevant land documents,” said the mayor during a meeting at Phuket Provincial Hall on May 11.

Investigations revealed that the land was registered as owned by Sophon Eakwanit. Paradise Beach Management Co reportedly rented the land from Mr Sophon, using a flying SorKor 1 certificate to claim the right to occupy and build on the land.

A flying SorKor 1 is a title deed issued for a specific plot of land, but then used to claim the right to occupy another plot of land elsewhere.

“Paradise Beach Management sought permission from Patong Municipality to construct buildings on the land by submitting SorKor 1 certificate no. 276, along with a rental contract between the company and Mr Sophon,” said Ms Chalermluck.

However, the SorKor 1 certificate does not specify the plot of land it is for, and the company did not provide any other supporting documents to validate their claim, so the Phuket Land Office was asked to look into it, Ms Chalermluck said.

“We found that Mr Sophon possess two land documents (both NorSor3Kor) claiming ownership of the 80 rai of land in question. However, it was concluded in court that the land actually belongs to the Phuket Agricultural Land Reform Office (ALRO),” Ms Chalermluck said.

Paradise Beach Management denied building on ALRO land, but was not able to produce NorSor 3 certificates to back the claim. Therefore, the Phuket Land Office was asked to verify whether the SorKor 1 certificate was lawfully issued, Ms Chalermluck added.

Phuket Vice Governor Kajornkiet Rakpanitmanee said the land issue came to light after a complaint was filed with the Phuket Ombudsman [Damrongdharma] office in December last year, claiming that construction was being carried out on public land.

“Paradise Beach Management Co was ordered to halt construction and operations while investigations continued, but the company ignored the order, so it was decided to issue the demolition notice to the company under the Building Control Act,” said Ms Chalermluck.