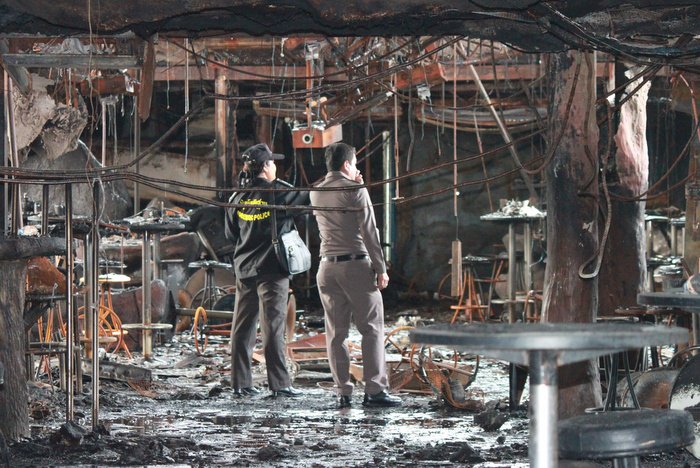 PHUKET: The long-awaited manslaughter trial over the deaths of four people in Patong’s notorious Tiger Disco inferno began yesterday with the presentation of witness testimonies.

The lethal blaze killed four people and injured 11 others after fire broke out in the busy nightclub on Soi Bangla in the early hours of August 17, 2012.

Tiger Group CEO Piya Isaramalai and Sara Entertainment Co Ltd each face a charge under Section 291 of the Thai Criminal Code: causing death through negligence. They also face charges of causing physical and mental injury and trading after hours.

Both parties were formally charged on July 10, 2013, after a lengthy investigation and an appeal by Tiger Group legal counsel Thamrongsak Boonrak for a “fair investigation” (story here).

Public Prosecutor Vivath Kitjurak, who has been the lead prosecutor in the case since the very beginning, moved to the Phuket Juvenile Court on April 1 (story here).

“She will now lead the trial,” he said.

The trial, conducted at Phuket Provincial Court, resumes today. The session is scheduled to conclude this afternoon.

The next court date for the trial to continue has yet to be set.

Phuket tsunami drill to be held away from tourist fleshpots