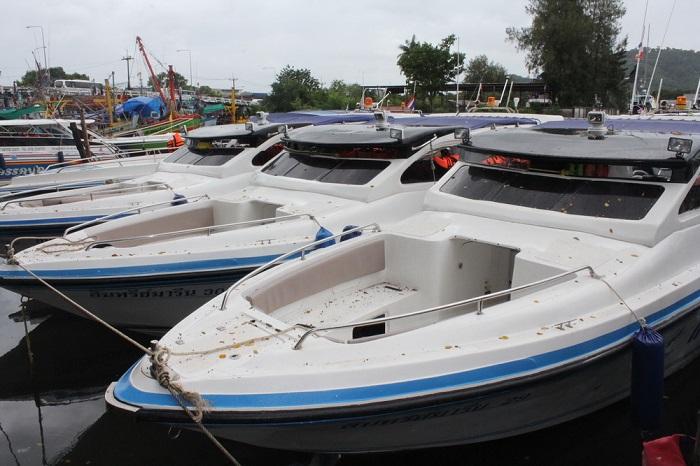 PHUKET: More than 150 assets of the embattled Tranlee Travel Co are to be auctioned off on September 6, Phuket’s Anti-Money Laundering Office (AMLO) announced yesterday.

The assets – 33 boats, 57 buses, parcels of land and millions of baht – were seized after investigators declared that the Phuket-based tour operator had been established illegally (story here).

AMLO Secretary General Gen Chaiya Siriamphankul stated that potential bidders can inspect the assets on September 5 from 9.30am to 4pm at the following venues: Sang Arun Port on Anuphas Road; Phuket Boat Lagoon in Koh Kaew; Jor Jaroen Kanrualek Pier, Kan Rua Sikij Pier and Rattnachai Kanrua Pier in Rassada; the Region 8 Police Station in Thalang near the Sarasin Bridge; and at the Tranlee Travel offices on Poon Pon Road in Phuket Town.

The auction is scheduled to be held from 10am onward at Phuket City Hall on September 6. Bidders can register there from 9am on the day and must put down a cash or cheque deposit of a minimum amount specified by the AMLO.

Any assets remaining unsold after the September 6 auction will be put up for auction again on September 7, 8 and 9.

“The AMLO takes no responsibility for the condition of the assets. It is up to each bidder to inspect the assets beforehand,” warned Gen Chaiya.

More information can be found online at the Anti-Money Laundering Office’s website: https://www.amlo.go.th
(in Thai language only).