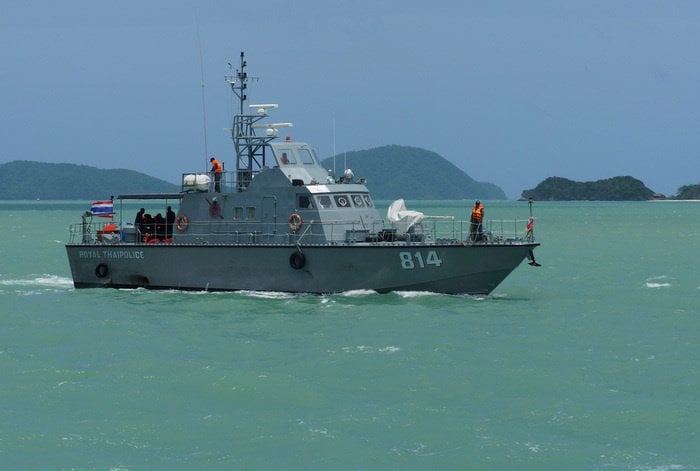 PHUKET: Hoteliers on Koh Phi Phi, Koh Racha Yai and other islands in the Phuket region have requested that the Navy and Marine Police assist in transporting tourists back to Phuket following a ban on any boats smaller than 24 meters going out to sea.

The Phuket Marine Office’s ban on small boats comes as the Thai Meteorological Department issued a warning that waves could reach four meters.

“Tourists and business operators should relax and make safety a priority,” Phuket Marine Office Chief Phuripat Theerakulpisut told the Phuket Gazette. “I understand hoteliers on the island are worried about their guests, who now might have to stay longer than they had planned, but this is a natural phenomenon which no one can predict.”

Mr Phuripat denied that the tourists’ needs were being ignored, insisting that there was very little the Marine Police or Navy could do.

“We want to pick them up, but we cannot due to the challenging weather. Even Navy or Marine Police boats cannot pick up the tourists on island. The waves are strong and three to four meters high, so how could the tourists get on the boat?” Mr Phuripat asked.

“I fully understand the request, but please also try to understand us. We do not want to create a situation that could potentially lead to fatal accidents.”

Mr Phuripat urged business operators to use the warning letter to explain the situation to tourists.

Two large boats have sunk at sea since yesterday (story here) and a third 67.9-meter cargo vessel was wrecked onto the rocks of Koh Hei (story here). The ten crew aboard the cargo vessel have been rescued, while the 12 crew between the two other ships have yet to be found.

The Navy and Marine Police are continuing their search and rescue missions in the challenging weather.

“There will be a meeting at 4pm everyday until the weather clears,” he said.

Three in Phuket arrested for involvement in UFUN pyramid scheme