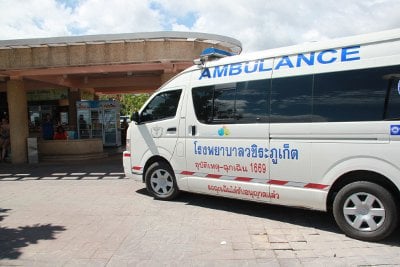 PHUKET BREAKING NEWS: A 50-year-old Chinese tourist has been rushed to Phuket International Hospital after being pulled from the water feared drowned while snorkelling off Racha Yai Island at about midday today.

Meanwhile, about the same time also off Racha Yai Island, an Indian woman, about 40 years old, was pulled from the water after also choking on water difficulties while snorkelling.

The woman is now being treated at Vachira Phuket Hospital in Phuket Town, but is believed to be in safe condition.

The Phuket Gazette has not received any reports of what caused the two incidents or whether the tourists had any existing medical conditions before they went to Koh Racha Yai, a popular day-trip destination located about 25 kilometers south of Phuket.