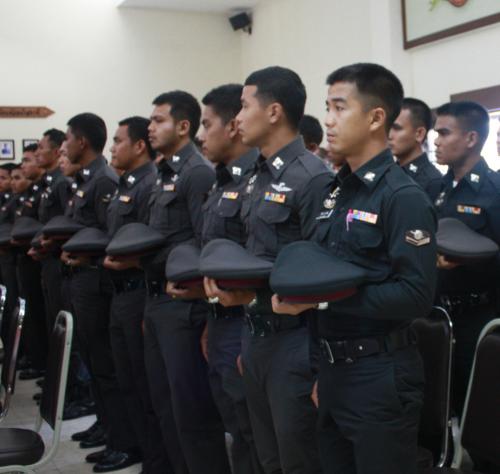 PHUKET: Phuket’s new top cop warned the island’s police reinforcements that swift disciplinary action will be taken and criminal charges will be levied against them if they go crooked.

“The most important thing is to not use your career to benefit your own pocket,” Phuket Provincial Police Commander Ong-art Phiwruangnont told the 97 recruits, all recent graduates of the police academy.

“If you accept bribes or extort people, or do anything else illegal for financial gain, you will face not only disciplinary, but also criminal charges,” Maj Gen Ong-art said.

The recruits are the first wave of 700 new officers expected on the island (story here).

The current force of about 1,100 officers is widely agreed to be insufficient to deal with the island’s population, which is officially 320,000. However, in reality, police are charged to protect closer to a million people.

“You must all behave yourselves in order to make people respect and trust you,” he said. “Avoid every vice, including drugs and gambling.”

“Make Phuket a safe place for tourists,” he concluded.

The new recruits are in process of being assigned to their respective stations.