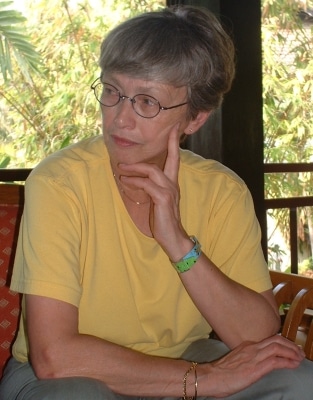 PHUKET: The Executive Director of the United Nations Children’s Fund (Unicef), Carol Bellamy, has been to Phuket and Phang Nga to see what is being done to help children recover from the tsunami.

Unicef officers were sent to Phang Nga and Phuket within a week of the tsunami, said Ms Bellamy, and since then, Unicef has supported Thai government efforts to provide food and water, repair utilities and restore the environment.

“The most important principle for Unicef is to help survivors live well after this disaster, especially the children,” she explained yesterday.

Ms Bellamy was not able to disclose the number of children believed to have been orphaned by the disaster, saying that some children were still in the process of being reunited with their parents, while others had been taken in by relatives.

In Thailand, Unicef has been working with government departments such as the Ministry of Social Development and Human Security to support and help orphans.

Ms Bellamy said the organization was also working with the Ministry of Education to rebuild schools and supply books and other equipment – including clothes – to pupils. Unicef had hired temporary teachers and helped enable schools to reopen on January 4.

Unicef has also been working with the Ministry of Healthy, she said, to launch a disease prevention campaign, including vaccinating children against measles, even though there is no epidemic in the area.

Unicef has a budget of US$144 million to help people in Asia, but, she said, the bulk of the money would be going to Indonesia, rather than Thailand or Sri Lanka.

She added that she hoped the money, however or wherever it is spent, will do more than restore the status quo from before the tsunami; that it will help improve conditions for children.