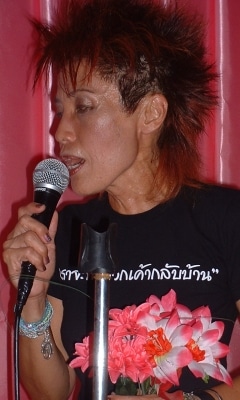 PHUKET: Dr Khunying Porntip Rojanasunan has rounded on “the autocrats” she says have forced her to close the mortuary at Wat Yan Yao, Phang Nga, where she and her team had been working to identify victims of the tsunami.

The work has now been transferred to Phuket, to the Thai Tsunami Victim Identification Centre (TTVI), headed by Pol Gen Nopadol Soomboonsub.

Dr Porntip told reporters it had not been her decision to close the mortuary – on February 3 – nor did it mean the task of identifying the bodies was by any means over.

“The autocrats have forced me to close the mortuary at Wat Yan Yao. They told me that my forensic task was illegal. So I will fade away, as the law demands,” she said.

Dr Porntip said there were still many bodies, believed to be of Thai people, in refrigerated containers at Wat Yan Yao, because DNA samples from them have not yet been compared with those of living relatives.

And, she said, “I do not think the TTVI can handle this task, or is equipped to compare DNA from the bodies of Thai people with that of relatives. The TTVI is staffed by Disaster Victim Identification (DVI) officers from many countries.”

Dr Porntip said she had agreed in principle, before the mortuary was closed, that the task of identifying Thai dead should be left to Thai investigators, while foreign forensic teams should identify foreigners.

She said, “My team was ready to help the TTVI identify Thai corpses. At times like this, we should work together, and we should not think about state agencies vying for honor or power.

“We should not leave it up to foreign teams to carry out this task; Thai people should be given the chance to identify Thai bodies.” She added that the Indonesian government was not relying solely on foreign DVI teams to identify bodies.

She added that her work matched international standards, and her team comprised qualified, experienced people.

The renowned forensic scientist was speaking during a night out in Phuket, where she and her team relaxed before leaving for Bangkok.

The 170 scientisits – who had worked without a break since arriving in Phang Nga after the tsunami – had a buffet at Krua Ta-Yai restaurant.

This was followed by a karaoke session, during which Dr Khunying Porntip took to the stage to sing the international hit The wind beneath my wings.

A member of the team then presented a bouquet of flowers to Dr Porntip – who wore a T-shirt emblazoned with the words “We will bring them home”.