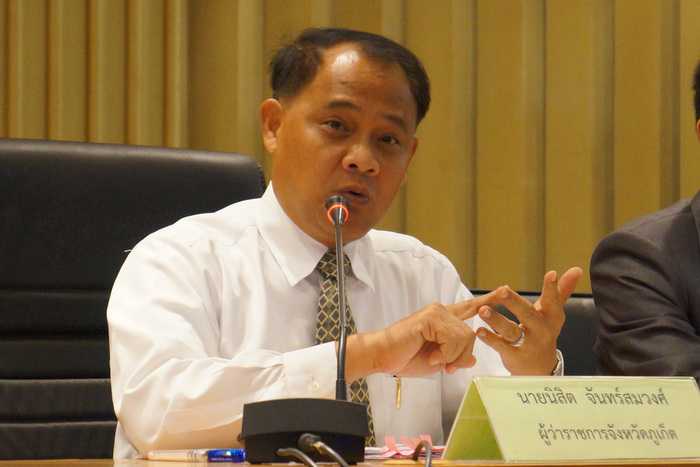 PHUKET: Phuket Immigration has two days left to clarify why a foreigner filed a formal complaint alleging extortion by officers at the Patong branch.

The complaint claimed that immigration officers were charging foreigners fees for services that are supposed to be free. Phuket Governor Nisit Jansomwong promptly gave the Patong Immigration chief 15 days to explain the details of the incident (story here).

If the explanation fails to demystify the incident, the governor said he would launch an investigation.

“I sent an official letter to Patong Immigration ordering them to clarify the complaint filed to the Damrongtham Center [ombudsman’s office] at Phuket Provincial Hall,” Governor Nisit told the Phuket Gazette.

“I have yet to receive any report. I will check it out. They are supposed to report to me in two days.”

Gov Nisit said that he has no expectations as to what the explanation might be.