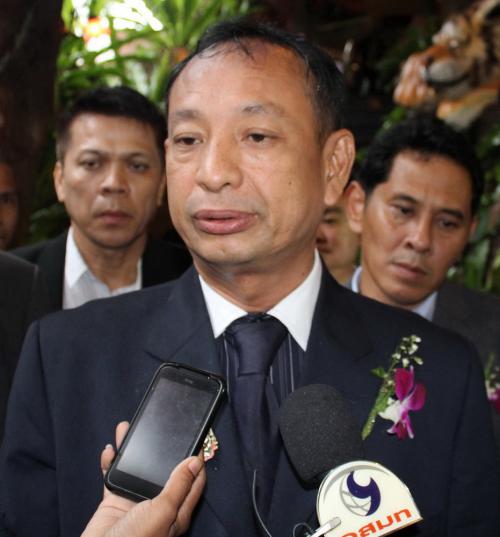 PHUKET: The long-awaited manslaughter trial over the deaths of four people in Patong’s Tiger Disco inferno, in August 2012, will begin next month.

Tiger Group CEO Piya Isaramalai and Sara Entertainment Co Ltd each face a charge of causing death through negligence under Section 291 of the Thai Criminal Code, which carries a maximum penalty of 10 years in jail.

“By the end of the month, both parties will be in court to explain what evidence they have to support their plea,” said Mr Chiengsean.

“Then the judge will set a date for the first witness testimony.”

Both parties were formally charged on July 10 last year, after a lengthy investigation and an appeal by Tiger Group legal counsel Thamrongsak Boonrak for a “fair investigation”.

The popular night venue erupted into flames at about 4am on August 17, 2012, while hundreds of patrons were still inside (story here).

The trial comes after a series of delays in securing evidence, despite Thailand’s leading forensic police being dispatched from Bangkok to investigate the fire.

It also comes after a damning report by the Building Society Inspectors and Officers Association (BSA) and the Association of Siamese Architects (ASA), which cited failure by nightclub management to adhere to multiple fire-safety regulations (story here).