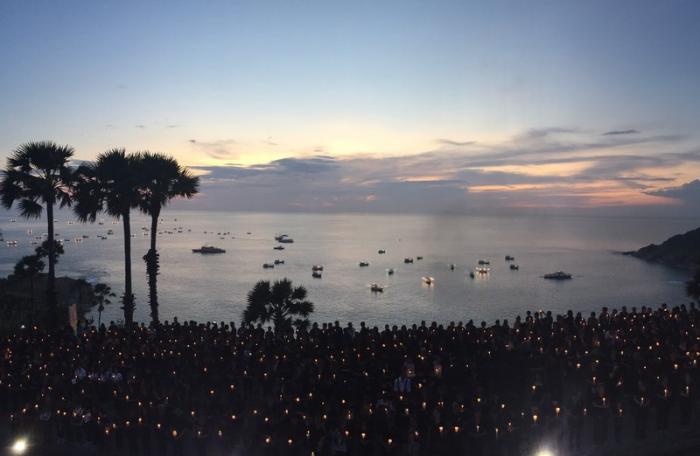 PHUKET: More than 20,000 people are estimated to have taken part in the historic candle-lit ceremony atop Promthep Cape last Saturday to commemorate the 30th day of national mourning since the passing of His Majesty King Bhumibol Adulyadej on October 13.

At 6pm, Phuket Governor Chokchai Dejamornthan and local dignitaries led the public in singing the Royal Anthem alongside the 200-strong Phuket Symphonic Band as a flotilla of more than 50 Royal Thai Navy ships and other vessels decorated with lights and the Thai tricolor floated off the cape.