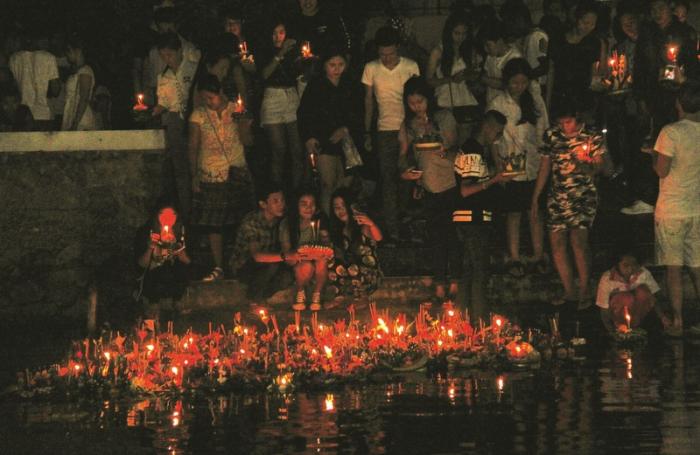 The event was organized by Phuket Municipality and led by Phuket City Mayor Somjai Suwansupana.

Loy Krathong, the ‘Festival of Light’, is one of Thailand’s most significant holidays. The annual festival takes place on the full moon of the 12th lunar month of the year, this year falling on November 14.

The meaning of the name of the festival is literal. Loy means ‘to float’, while krathong refers to the lotus-shaped vessels that are traditionally made of banana tree stems and leaves containing candles, joss sticks, and small offerings of food and flowers.

Traditionally, thousands of people across the nation release krathong into rivers, lakes, ponds and the sea. The offerings are made to give thanks to the goddess of water and to seek forgiveness for past misdeeds.

“However, this year we did not make the event too extravagant as we are still in the mourning period of His Majesty King Bhumibol Adulyadej’s passing. But as it is a Thai tradition, we did what we felt was appropriate,” said Mayor Somjai.