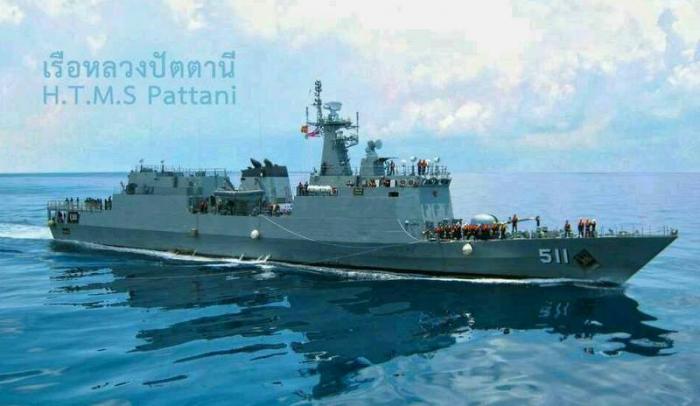 PHUKET: After three days of fruitless searching, the Third Naval Area Command, based in Phuket, will stop looking for missing Malaysia Airlines Flight 370 this evening.

“We’ve been working with navies from other countries since March 8, when the aircraft was reported missing,” Third Naval Area Commander Vice Admiral Tharathorn Khajitsuwan said this morning.

“We were asked to search the Andaman Sea and sent out the HTMS Pattani and two aircraft on the mission.”

After the Singaporean Navy found a life jacket floating in Indonesian waters yesterday, the HTMS Pattani went to the area, about 60 nautical miles north of Sumatra.

“We searched the spot yesterday and again this morning, but found nothing,” said Vice Admiral Tharathorn.

“We followed protocols and came up empty handed – that’s why we’re calling off the mission. However, we are ready to respond to any further requests from the Malaysian Navy.”