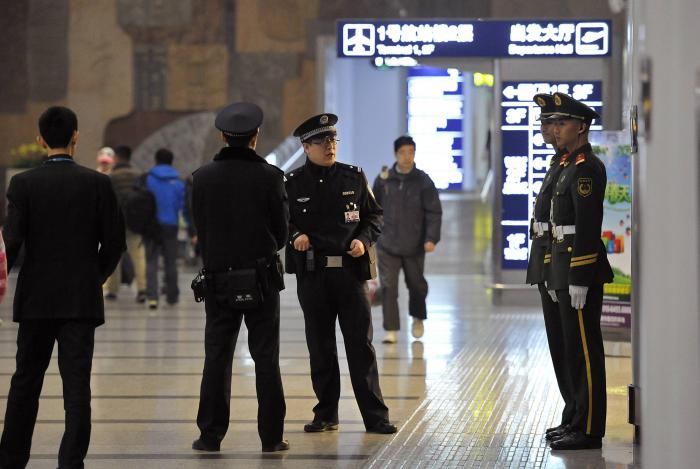 PHUKET: One of the two passengers who boarded the missing Malaysia Airlines plane Flight MH370 on stolen passports was an Iranian man seeking to relocate to Germany, Malaysian police said Tuesday.

Based on consultation with foreign intelligence counterparts, he did not appear to be a member of any terrorist organisation, and was apparently trying to migrate to Germany, Khalid said.

Interpol confirmed on Sunday that at least two passengers on the flight from Kuala Lumpur to Beijing used passports stolen in Thailand within the last two years leading to speculation that the plane had been attacked, reported Reuters.

Thai police and foreign police investigators have been questioning two travel agents in the resort city of Pattaya, where the tickets were bought for the two men who boarded the flight using the stolen passports.

“We haven’t ruled it out but the weight of evidence we’re getting swings against the idea that these men are or were involved in terrorism,” Pattaya chief of police Supachai Puikaewcome told Reuters on Tuesday.

Both of the tickets, bought for the travellers by two Iranians, were for travel on from Beijing to Europe at the cheapest price, Supachai said.

“Judging by the ticket booking alone, if it was terrorism they would have specified the route and the plane they wanted to take. Instead, they asked for the most cost-effective ticket and did not specify the route or the airline.”

Police were hoping to question one of the Iranians who had paid for the tickets in cash. Supachai identified him only as Hasem and said he was known to be in Pattaya.

A second Iranian, who Supachai identified as Kazem Ali, had booked the tickets by telephone with a Pattaya travel agent. Ali was believed to be in Iran.

“We’re looking into all angles including the possibility that these men were involved in human smuggling as Mr Ali had a relationship with the travel agency and had booked through them previously, very possibly for Iranian nationals,” Supachai said.

Police on the Thai holiday island of Phuket said both of the passports had been stolen there. An Italian man reported his passport stolen last year while the other passport, which belonged to an Austrian man, was reported stolen in 2012, an immigration police officer said